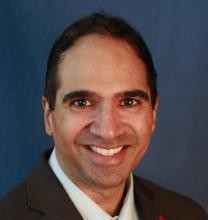 Newswise — The Pacific University College of Optometry encourages all to enjoy next week's Great American Solar Eclipse by making sure their eyes are fully protected to prevent irreversible damage that is often painless, says Dr. Lorne Yudcovitch.

"Viewing a total solar eclipse is a once in a lifetime experience for most people, and it should be enjoyed and treasured. But it's very important to take precautions. For most of the time, we need to wear special ISO-certified solar glasses when we look directly at the sun, even if almost all of the sun is covered by the moon."

Yudcovitch said that while it is safe for those in the path of totality to look at the sun without special glasses during the very brief total eclipse period, at no other time or in areas outside of the totality path is it safe to view without ISO-approved glasses. Conventional sunglasses aren't enough and can cause an false sense of security.

"Most of the retinal damage from the sun comes from the visible spectrum light and some infrared light, which both have longer wavelengths than ultraviolet light that can be filtered by conventional sunglasses," he says. "Conventional glasses, even very dark ones, are nowhere near as dark as what is needed to stare at the sun directly, even during a partial eclipse when 99 percent of the sun is eclipsed by the moon.

The damage to the retina of an eye is called solar retinopathy and is photochemical damage to the retinal cells. This damage can occur without feeling pain because the human retina has no pain receptors. So looking at the sun even when it is mostly, but not entirely 'covered' by the moon without glasses, could be damaging your eyes because you might not be as sensitive to the light exposure as you would when looking at a completely unobstructed sun. There is no cure for solar retinopathy, so prevention is critical."

Additionally, Yudcovitch says we should not view the eclipse through the lenses of telescopes, binoculars or camera viewfinders, even with the proper use of a solar filter in front of the camera or scope lens. "That's because the lenses can magnify the intensity of the sun's rays on the retina many more times than usual, even while we're wearing special solar glasses."

Yudcovitch is available by phone for further comment. He provided these tips to Portland NBC affiliate KGW last week.

For more information on how to safely enjoy the eclipse, visit pacificu.edu/eclipse.

Pacific University's College of Optometry provides a variety of services through six outpatient EyeClinic locations throughout the Portland area. Those who have questions or who feel their vision may have been affected by the solar eclipse are urged to contact Pacific University EyeClinics.