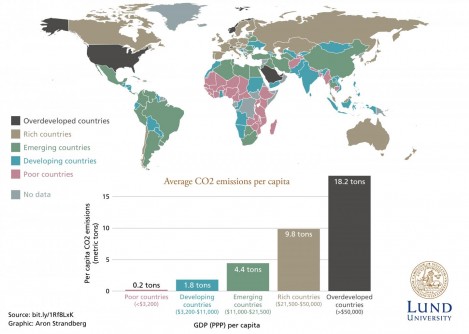 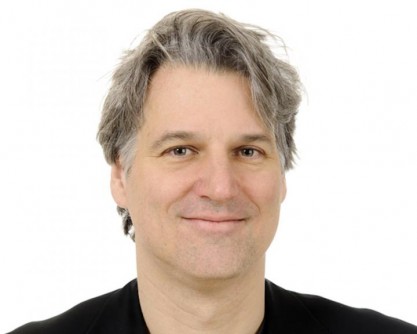 Newswise — Must greater prosperity necessarily lead to a greater carbon footprint and increased greenhouse gas emissions? "In theory, no, but in practice this seems to be the case", says researcher Max Koch from Lund University in Sweden. His study of 138 countries is the first ever to take a global approach to the connections between growth, prosperity and ecological sustainability. The study was recently published in the journal article Global Environmental Change.

"Some people argue that extensive investments in green production and sustainable consumption can increase economic growth without increasing the emissions of greenhouse gases. We wanted to test how this connection holds up in reality, taking a global perspective", says Professor in Social Work Max Koch.

Together with his colleague Martin Fritz from the University of Bonn, he divided the world's countries into four groups based on their gross domestic product (GDP) per capita: poor countries, developing countries, emerging countries, and rich countries. There is also a fifth group, which consists of only eight countries and is called overdeveloped countries, in which the average annual income exceeds USD 50 000 per person. Apart from USA, Singapore and Switzerland, this group includes rich oil nations, such as Norway and Qatar.

The prosperity of the different groups was then measured according to three separate categories: ecological sustainability, social inclusion and quality of life, in the form of life expectancy, literacy rates and, and subjective well-being.

In all three categories there was a clear connection to GDP: there was greater social inclusion and the quality of life improved as the countries became increasingly wealthy at the expense of environmental sustainability such as greater emissions and carbon footprint.

"We are not saying that it is impossible to separate economic growth from ecological issues; however, our study of global development shows a clear connection between economic development and increased greenhouse gas emissions that cannot be ignored", says Max Koch.

One of the researchers' conclusions is that because of the urgent need to reduce emissions globally, the possibility for an economic degrowth should be seriously considered - that is, a deliberate de-prioritisation of economic growth as a policy objective.

The study was conducted using data from the World Bank, the Global Footprint Network and OECD. 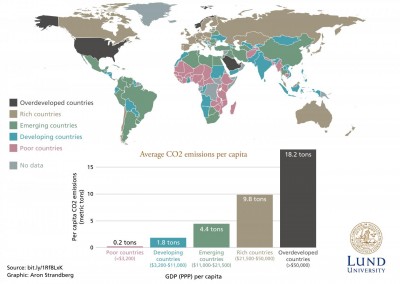 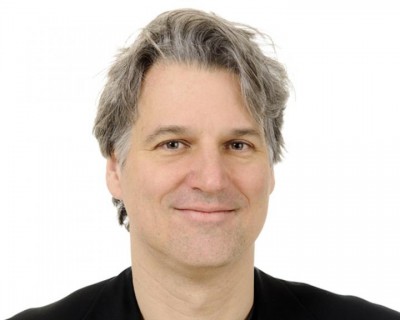