ECS Celebrates the International Day of Women and Girls in Science 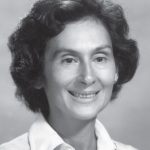 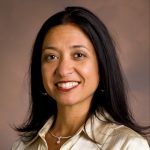 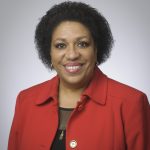 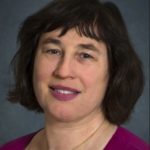 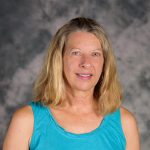 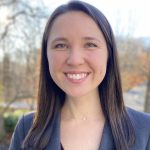 Newswise — Pennington, NJ – The Electrochemical Society fosters full and equal access to, and participation in, science for women and girls. To mark February 11—designated the International Day of Women and Girls in Science by the United Nations—the Society salutes women’s critical role in advancing electrochemistry and solid state science and related technologies—and the Society. ECS has supported and celebrated women at the forefront of science for over half a century.

ECS presidents exemplify organizational and scientific leadership. “Since the beginning of my career, I realized the responsibility of being one of a few women to follow this career path,” said Jan Talbot, chemical engineer and former ECS Board Vice President, President (2001-2002), and Interface Editor.  As one of the few women in her field, Talbot achieved many firsts throughout her trailblazing career including being the first woman hired in her department at the University of California San Diego. She contributed countless research papers to the ECS Digital Library and contributed her body of work to the Society’s open access initiative, Free the Science.

Talbot followed in the footsteps of the Society’s first female president, Joan Berkowitz, who served in that role from 1979-1980. The fortieth anniversary of her presidency was celebrated with “40 Years After: Diversity for All,” a symposium at the 236th ECS Meeting. The symposium applauded past successes and looked toward the future, encouraging conversations and examining options to promote the continued support of not only women in the sciences, but diversity and inclusiveness overall.

Dr. Berkowitz designed experiments in metals melting and eutectic solidification in space for the lunar space program. Kathryn Bullock, president from 1995-1996, is known for her work in developing valve-regulated lead-acid batteries. Robin Susko, president from 2004-2005, has more than 25 U.S. and foreign patents for polymeric formulations, plasma processing, and semiconductor packaging design and reliability performance. Esther Takeuchi, president from 2011-2012, was credited by President Obama for “saving millions of lives” for contributing to the development of the battery system used to power cardiac defibrillators. Johna Leddy served first as ECS Secretary from 2008-2012, then as President from 2017-2018. Her research group’s incorporation of magnetic microparticles into ion exchange polymers such as Nafion® and other viscous matrices led to improved polymer electrolyte membrane (PEM) fuel cells and higher capacity, rechargeable alkaline batteries. Christina Bock, ECS President from 2019-2020, developed several novel approaches for the characterization and determination of relevant performance properties of electrocatalysts.

Travel Grants—another important form of support ECS provides women students and early career scientists—–are more than funding; they are gateways to the future. Madeline Sciullo was a fourth-year student studying electrical and computer engineering at the University of Florida when she received a grant to attend the ECS biannual PRiME meeting in Honolulu, HI. She knew travelling there would be costly, but she felt she had to attend. “These international meetings are so crucial to the development of the field. A lot of the work that I’m doing, nobody in the United States is doing. Collaborating and understanding research from all across the world is really important. I definitely learned a lot (at the meeting), not just about my field, but everything else that could be related with the work that I do.” Today, Madeline is a Space and Radiation Effects Engineer at Amazon. We hope the ECS Travel Grant helped her get there.

Female scientists have been the star speakers at ECS biannual meetings for many years. Janet G. Osteryoung, Director of the Division of Chemistry at the National Science Foundation, presented the ECS Lecture in 1995. Carol A. Bessel, Acting Division Director at the National Science Foundation (NSF), was the highlighted speaker at the 235th ECS Meeting annual business meeting. Valerie Browning, Director of the Defense Advances Research Projects Agency (DARPA)’s Defense Sciences Office (DSO), delivered the ECS Lecture at the plenary session of the 236th ECS Meeting.

The Society recognizes that gender equality in the sciences is critical to solving pressing problems facing the global community. “There is clearly a change in attitude; women are accepted in the workplace as engineers and scientists. Though there has been a lot of progress getting women in powerful positions and in Science and Technology careers, the numbers are still lower than what we would like to see … For things to change dramatically, we (need) many more women in STEM careers, many more women who climb to the top of the technical careers… So please encourage your daughters, mentees, and friends to pursue STEM careers, and push them to stay with it,” said long-term ECS member Hariklia (Lili) Deligianni (entrepreneur and Adjunct Full Professor Biomedical Engineering, Columbia University; ECS Secretary from 2012-2016). There is still much work to be done. ECS is committed to the cause.

Learn more about the history of ECS at www.electrochem.org/history-ecs.