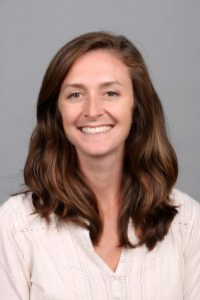 Newswise — At a recent back-to-school checkup, a nurse practitioner greeted Nichole Kelly and her daughter and glanced at the girl’s weight and height measurements. Then she pointed to a chart on a wall and began talking about the six-year-old’s “body mass index” or BMI.

Kelly, an Evergreen Professor in the University of Oregon College of Education, studies weight stigma, eating behaviors, and chronic disease risk. She noticed her daughter listening intently to the provider’s focus on body mass; instead, Kelly would have preferred discussing eating habits, exercise, and sleep—all better predictors of health, she notes.

“[My daughter] was getting the message that whatever this BMI thing is, it’s important,” Kelly says. “I don’t want to reinforce any belief that her BMI is central to her health or has anything to do with her value.”

The medical profession should focus less on the “obesity epidemic,” Kelly argues, and more on the epidemics of inactivity, loneliness, and poor dietary options, all better predictors of chronic disease. “If people become physically active on a regular basis, they will reduce their type 2 diabetes risk,” she says, “whether they lose weight or not.”

By focusing on BMI, we are also missing opportunities to talk about health with adults and children of all sizes, Kelly says. The fact is, everyone benefits from being active, eating fruits and vegetables, getting regular sleep, and feeling supported.

Kelly, hired in 2016 with a cluster of researchers focused on health and well-being (also including Nicole Giuliani, Elizabeth Budd, and Andy Kern), specializes in counseling psychology and prevention science. She has seen firsthand how the medical field’s emphasis on weight affects the mental and physical health of adults and children, particularly within the last year or so. Health officials sounding the alarm about weight gain during the pandemic, she says, have inadvertently helped drive higher rates of treatment referrals for eating disorders such as anorexia nervosa and binge eating.

“Talking so much about weight,” Kelly says, “is making things worse.”

She has authored and coauthored several studies on issues associated with weight bias (the prevailing belief that a thin body is good and healthy while a large body is bad and unhealthy) and weight discrimination.

She found that weight-based teasing is associated with higher body image concerns and eating disorder symptoms among men between the ages of 18 and 30.

“It’s a common misperception that this is something that affects only women,” she says, “but it affects individuals with diverse genders, ethnicities, and body sizes.”

Kelly also found a link between weight-based teasing and symptoms such as emotional eating, eating in the absence of hunger, dieting, and binge eating in children and adolescents with diverse genders. One study of adolescents showed that stress resulting from pressure to be thin was associated with comorbidities commonly seen among those with larger bodies, including elevated fasting insulin and low insulin sensitivity. However, and importantly, these associations were found even after controlling for variations in body size, suggesting that social pressures about body size are harmful to health regardless of one’s BMI, Kelly says.

TARGETED AT SCHOOL, AT WORK

Body size is not legally protected as it relates to discrimination, Kelly notes, and studies show that while other forms of overt discrimination have decreased over time, weight bias has increased.

“People have referred to it as one of the last socially acceptable forms of discrimination,” she says. “People still think it’s funny to put jokes about bigger bodies in movies and comedy, and when people with larger bodies are represented, they are often characterized as sloppy, unintelligent, and clumsy.”

For schoolkids, weight bias and teasing can have a multitude of negative effects, from depression to eating disorders. “I’ve done plenty of interviews with kids where they’ve talked about how detrimental to their well-being it is to be teased about their body size, how much pressure they feel to look a certain way, and how closely that is linked to their anxiety and depression,” Kelly says. Teasing or bullying children about their weight can lead to eating disorders and depression, she says, and hurt overall health and academic performance.

The same holds true in the workplace, Kelly says, where weight discrimination—both overt and subtle—leads to feelings of inadequacy and shame.

In a 2006 study published in the medical journal Obesity, more than 50 percent of respondents reported experiencing weight stigma from coworkers and 43 percent from their employers or supervisors. “I’m used to people looking at me from top to bottom for my obesity, but what affected me is that a supervisor called me a whale,” wrote one participant in a study conducted by Kelly and Budd, an Evergreen Assistant Professor in the college. “That bothered me a lot.”

In 2020, more than 100 medical and scientific organizations in nine countries pledged to address weight stigma in the media, public attitudes, and health care, according to the Washington Post. And in the United States, the Post reported, more than 70 percent of the population has expressed support for making body weight a protected category, like race and age, and making it illegal for employers to discriminate against employees based on weight.

People often assume that those with larger bodies lack discipline, are in poor health, and don’t engage in healthy behaviors, Kelly says, but there are numerous genetic, medical, and cultural factors—often beyond an individual’s control—that contribute to body size and make it extremely difficult to lose weight and keep it off.

And while our genetics haven’t changed much in the last 40 years, the environments in which we move, work, play, and eat look different, she notes. Sedentary workplaces have largely replaced those that enabled people to be active on the job, and affordable foods are often high in fat and sugar.

Toward ending society’s obsession with weight, Kelly and her colleagues advocate that parents, teachers, and medical professionals stop using the words “fat,” “obese,” and “overweight,” terms considered highly stigmatizing. Instead, they should promote behaviors such as exercise, eating fruits and vegetables, sleep, and stress reduction. Kelly wants doctors to ask parents questions such as, “How’s your kid feeling? Are they feeling supported? How have they been sleeping? Are they getting chances to move their bodies?”

Kelly and Budd, who studies health promotion, conducted weight stigma workshops for University of Oregon staff and faculty during the 2020–21 school year. Goals included raising awareness of the diverse contributions to body size, including biological and sociocultural factors such as the brain’s response to tasty foods and one’s proximity to parks.

“If we can teach people all the different things that influence weight and highlight the many things that are not in our control, people will be less likely to judge other people based on their bodies,” Kelly says. She hopes the workshops will have a ripple effect for families. “If we can get staff and employees to engage with this material, then hopefully they will take it home to their families and friends,” she adds. The researchers plan to take the workshops into the community, starting with health care providers in Lane County.

Kelly is not suggesting that scientists abandon the study of weight and weight loss as health factors.

“But while we continue to research potential health strategies, we have to shift our focus more toward behaviors and experiences that have shown to be better related to chronic disease,” Kelly says. “Feeling a lack of social support is a better predictor of premature morbidity and mortality than weight. How do we help people feel more supported and less alone? I just think we are misdirected in our efforts to help people be healthier and happier.”