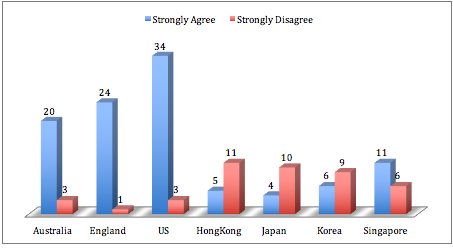 Newswise — LAWRENCE — The near-ubiquitous television ads for new drugs promise better treatment of all sorts of health problems but are usually accompanied by a long list of side effects that sound as bad, if not worse, than the original ailment. It’s not commonly considered, but innovations and new methods in education can have promising results for some students but unintended outcomes for others. A University of Kansas professor is calling for consideration of side effects in American educational research and policy.

Yong Zhao, Foundation Distinguished Professor of educational leadership and policy studies, has written “What Works May Hurts: Side Effects in Education.” The article, published in the Journal of Educational Change, argues that researchers, policymakers and educators involved in applying educational methods need to consider side effects, which will help families make better decisions about their children’s education and prevent ideological arguments that plague the field.

Zhao argues that education research, which is encouraged to emulate the field of medicine, needs to follow the same steps that field takes in examining and reporting all possible known side effects. People often assume education and new approaches to it are automatically good and beneficial, largely because it can be hard to see any immediate, acute problems that can result. And when problems are pointed out, the tendency is for proponents of a met

hod or approach to become defensive.

“It degenerates into ideological war. People see the side effects, but they’re discounted as ‘you’re just attacking our methods,’” Zhao said.

In the article, Zhao, who will receive the Horace Mann League of the USA's 2017 Outstanding Public Educator Award, shares numerous examples of educational methods and interventions that have had side effects for countless students. No Child Left Behind, legislation intended to ensure all children were proficient, has led to a host of well-documented problems, including the practice of teaching students only to prepare for a test at the expense of attention paid to other subjects. East Asian schools are frequently held as international models for math instruction due to their regular success in international scores. What goes unnoticed, Zhao said, is that research has shown that East Asian students may have the best scores but also have the lowest confidence in their math ability, a side effect of the methods used in their education. That can lead to fewer students pursuing careers in the field and a host of other problems.

Instead of arguments over ideology that last decades, considering side effects up front could help prevent public shifts in opinion that are borne out on generations of students.

“I think one of the biggest issues in education is the pendulum swing,” Zhao said. “Opinion goes back and forth. So why don’t we think about side effects before new measures are put in place?”

Blame is often put on the schools for improper implementation of new methods. Zhao argues not only is that counterproductive, it simply cannot be the case that methods that are shown to have wide-ranging negative effects were improperly implemented in schools across the country.

Instead of research that aims only to prove effectiveness of educational interventions and practices, work in the field of education should model that of medicine, where if too many negative effects are observed, medications are not approved for use. That could also lead to a finding common in medical research: A drug that is effective for certain populations is not so for others, and side effects can be more likely to occur for some than others. Such a nuanced approach could lead to better policy and practice that finds an effective use for approaches shown to work while not forcing them on everyone.

Zhao gives the example of the debate over direct instruction. While the method can be highly effective at helping young students learn the 50 state capitals, it does nothing to answer students’ questions that naturally come with the topic such as “what is a capital city,” “why are they necessary” or “why are capital cities located where they are?” For a medical comparison, Zhao offers someone who has a headache. If it was caused by a hangover, taking ibuprofen will solve the problem. If it’s caused by cancer, that does not address the larger problem.