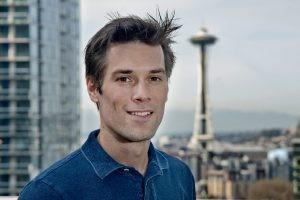 Newswise — A child with absence epilepsy may be in the middle of doing something—she could be dancing, studying, talking—when all of a sudden she stares off into space for a few moments. Then, as quickly as she drifted off, the child snaps back into whatever she was doing, unaware that the episode occurred.

That brief moment of disconnect from reality is called an absence seizure, and according to the Epilepsy Society, childhood absence epilepsy accounts for 2-8% of all epilepsy diagnoses. Most cases of childhood absence epilepsy end after puberty, but about 30% of cases continue into adulthood or lead to other forms of epilepsy, says Dr. Philippe Coulon, a neuroscientist at Seattle Children’s Research Institute.

“Some kids can have hundreds of these brief seizures a day,” said Coulon. “I can only imagine how hard it is for them to function and have a normal childhood.”

In a study published in the Journal of Physiology, Coulon and his colleagues suggest that electrical signals directly exchanged between brain cells may hold promise as a potential target for absence epilepsy treatments.

“This research is important in helping us understand how epilepsies work, how they manifest and what possibilities there are in treating them,” Coulon said. “There has been a debate about whether the cortex or the thalamus is the origin of absence seizures. This research once again shows that the thalamus is an important contributor.”

How brain cells communicateBrain cells use chemicals and electricity to communicate and send signals to each other. In people with epilepsy, the communication between brain cells becomes abnormal, disrupted or excessive and this can lead to seizures.

“It’s not fully understood what function electrical synapses serve in the brain, but we believe they may play a role in the control of consciousness and attention,” Coulon said. “They could act like a resonance feedback system that enables stable rhythms in the brain, and they may connect neuronal networks to create very fast information transfer,” he said.

Next steps in the researchCoulon now wants to determine if the observed plasticity exists in other parts of the brain besides the thalamus and whether blocking electrical synapses is effective in halting epileptic activity in other brain regions. Coulon says that while current epilepsy drugs focus either on changing neuronal activity or on changing the chemical signaling between neurons, there may also be effective ways to target electrical synapses.

“If we can verify that these direct electrical links between neurons play a role in the development of epileptic seizures, this could lead to new lines of research for treatments and new classes of drugs to consider,” he said.

This research was funded by Innovative Medical Research in Muenster, Germany.