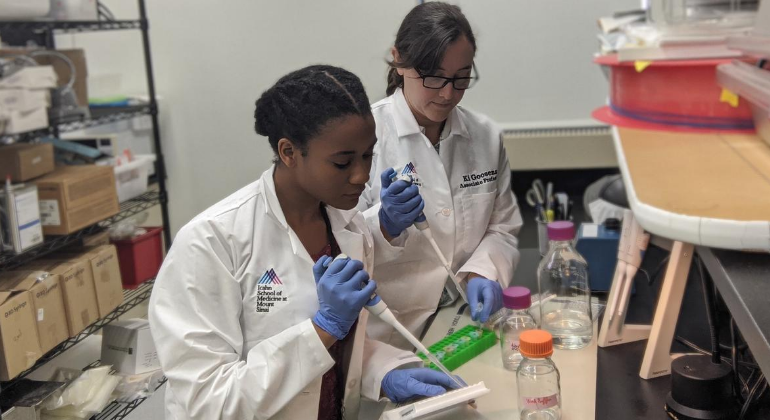 Newswise — New York, NY (August 20, 2020) – Chronic stress increases a blood-based hormone called acyl-ghrelin for years after the initial traumatic stressor exposure in some adolescents, and those with elevated levels of the hormone are more likely to develop post-traumatic stress disorder (PTSD) and to experience more severe cases of the condition, according to a study conducted by researchers at the Icahn School of Medicine at Mount Sinai and published August 20 in JAMA Network Open.

Acyl-ghrelin, a blood-based hormone that is released mostly by the gut during times of energy depletion, was originally termed a “hunger hormone,” but the Mount Sinai researchers argue that it is more appropriately classified as a stress hormone and that hunger is a form of stress. Acyl-ghrelin may be a “missing link” by which chronic stress produces lasting changes in the brain that enhance the risk for mental illness, they said.

Specifically, the research team found that the odds of developing PTSD were almost eight times higher in trauma-exposed adolescents with moderately elevated acyl-ghrelin, compared to trauma-exposed adolescents with low levels of the hormone. Those with the highest levels of acyl-ghrelin all developed PTSD, and symptom severity was directly related to acyl-ghrelin levels, both in adolescents who met the criteria for PTSD and those who might be considered to have “sub-threshold” PTSD. Though the researchers’ measured cortisol, another hormone often thought to mediate the effects of stress in the brain and body, it was acyl-ghrelin alone, rather than cortisol or the combination of both hormones, that explained most of the variability in PTSD symptom severity, suggesting it as an especially potent biomarker of the disorder.

“Previous work from our lab, using rodent models of PTSD, showed that acyl-ghrelin was increased by chronic stress exposure for months after the exposure, and that this increase was responsible for driving changes in the brain that led to excessively strong fear memories in rodents, similar to those observed in humans with PTSD,” said Ki Goosens, PhD, Associate Professor of Psychiatry and lead author of the study. “We also previously showed that in adolescent humans, exposure to severe traumatic stressors led to long-term elevation of the hormone, for years after stressor exposure ended. This study extended these previous studies to ask whether the acyl-ghrelin levels observed years after trauma exposure in adolescent humans are related to PTSD risk and severity.”

To answer this question, researchers conducted a cross-sectional study on 49 adolescents who had experienced severe trauma and 39 healthy, matched control participants. Children in the trauma group had experienced a terror attack and were injured, or lost a parent, relative or close friend as a result of the attack. Children from the control group had no terror-associated losses or injuries. Acyl-ghrelin and cortisol were measured in blood and saliva samples, respectively, and all participants were administered the PTSD CheckList – Civilian Version, a standardized rating scale for PTSD.

Their observation of an association between acyl-ghrelin and PTSD in adolescents who experienced severe trauma motivates additional research to investigate the mechanisms underlying trauma-induced elevation of the hormone. The researchers suggest that blood banks collecting samples from PTSD patients should use methods that preserve acyl-ghrelin for analysis, as the hormone can be readily measured in small quantities of blood.

“We hope that lowering acyl-ghrelin levels in traumatized humans will reduce the risk and severity of subsequent PTSD. We also believe that stress-induced production of the hormone may also impact other brain circuits that predispose individuals to additional illnesses beyond PTSD,” said Dr. Goosens. “In the meantime, measuring levels of the hormone in stress-exposed individuals may identify some of those who are at risk of developing PTSD so that early therapeutic interventions may be initiated to prevent development of the disorder.”

Researchers from Khyber Medical University in Pakistan contributed to this work.

About the Mount Sinai Health System
The Mount Sinai Health System is New York City's largest academic medical system, encompassing eight hospitals, a leading medical school, and a vast network of ambulatory practices throughout the greater New York region. Mount Sinai is a national and international source of unrivaled education, translational research and discovery, and collaborative clinical leadership ensuring that we deliver the highest quality care—from prevention to treatment of the most serious and complex human diseases. The Health System includes more than 7,200 physicians and features a robust and continually expanding network of multispecialty services, including more than 400 ambulatory practice locations throughout the five boroughs of New York City, Westchester, and Long Island. The Mount Sinai Hospital is ranked No. 14 on U.S. News & World Report's "Honor Roll" of the Top 20 Best Hospitals in the country and the Icahn School of Medicine as one of the Top 20 Best Medical Schools in country. Mount Sinai Health System hospitals are consistently ranked regionally by specialty and our physicians in the top 1% of all physicians nationally by U.S. News & World Report.