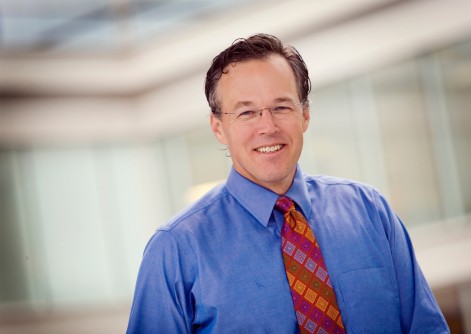 Newswise — CHAPEL HILL— No approved targeted therapies exist to treat triple-negative breast cancer, but new chemotherapeutic treatment strategies are helping shrink tumors so that less breast tissue needs to be removed during surgery. New research led by Brigham and Women’s Hospital in collaboration with the UNC Lineberger Comprehensive Cancer Center finds that breast-conserving therapy – or the removal of less breast tissue via a lumpectomy – was successful in more than 90 percent of the women who became eligible for this procedure after treatment with chemotherapy. Despite these findings, 31 percent who were eligible for breast conserving therapy chose to have the entire breast removed via mastectomy.

The complete manuscript of this study and its presentation at the American Surgical Association's 135th annual meeting today in San Diego, California, is anticipated to be published in the Annals of Surgery pending editorial review.

“We’ve shown that we can offer breast-conserving therapy to more women using these drug combinations, and if they convert, we’re really successful,” said senior author David Ollila, MD, James and Jesse Millis Distinguished Professor of Surgery at University of North Carolina School of Medicine, co-director of the UNC Breast Program and a member of the UNC Lineberger Comprehensive Cancer Center. “We have more and more women eligible for breast preservation, and still we saw more than 30 percent of women choosing mastectomy.”

The new work does not explain why patients and their surgeons made this choice. Previous studies have found that for those who are eligible for breast conserving surgeries such as a lumpectomy, the rate of survival for patients who chose to have a lumpectomy is the same as for those who chose to have a mastectomy. A study by von Minckwitz et al. found that in a population from Germany, nearly 75 percent of patients underwent breast conserving therapy for similar type tumors, much higher than the overall breast conserving therapy rate of 47 percent reported in the current study.

“In general, if possible, we try to offer breast conserving therapy as a preferred option for women with early stage breast cancer,” said corresponding author Mehra Golshan, MD, director of Breast Surgical Services at Dana-Farber/Brigham and Women’s Cancer Center. “One of the reasons we use chemo first is to potentially allow women who originally needed to have the entire breast removed because of more advanced disease to now be eligible for breast-conserving therapy. We see though that a significant number of patients who were eligible still ended up deciding to have their breast removed.”

“We don’t have an answer for why this is the case, but we hope that this work encourages more patients and clinicians to think about why this is happening and what we can do to address this,” said Golshan, who is also director of Breast Surgical Services at the Susan F. Smith Center for Women’s Cancers at Dana-Farber Cancer Institute. “It’s a work in progress.”

The new study examined the impact of adding carboplatin – a platinum-based chemotherapeutic agent – and/or bevacizumab – a drug designed to slow the growth of new blood vessels – to the standard regimen of chemotherapy given to patients with triple-negative breast cancer. The team found a trend suggesting that the addition of one or both drugs increased the number of patients eligible for breast conserving therapy. Forty-two percent of 185 women who were not initially candidates for breast-conserving therapy were considered to be eligible after receiving drug treatment. And breast-conserving therapy was successful for 91 percent of the 53 women who chose it.

"In triple-negative breast cancer patients, we continue to increase the complete pathologic response rate with our new drug combinations,” Ollila said. “On our trial, more patients were eligible for breast preservation. Despite these advances, more patients chose mastectomy as their surgical procedure. The reasons for this paradox need to be further explored."

Golshan and his colleagues note that they did not study specific patient or surgeon factors such as fear of cancer recurrence or whether a patient harbored mutations in genes such as BRCA. Future studies could shed light on how these variables impact the choice between mastectomy and breast conserving therapy.

Research reported in this publication was supported by the National Cancer Institute of the National Institutes of Health under Award Numbers U10CA180821 and U10CA180882 (to the Alliance for Clinical Trials in Oncology), CA180888 (SWOG), U10CA180791, and U10CA180867. This work was also supported in part by grants from the Breast Cancer Research Foundation and Genentech.

About UNC Lineberger One of only 41 NCI-designated comprehensive cancer centers, the University of North Carolina Lineberger Comprehensive Cancer Center brings together some of the most exceptional physicians and scientists in the country to investigate and improve the prevention, early detection and treatment of cancer. With research that spans the spectrum from the laboratory to the bedside to the community, UNC Lineberger faculty work to understand the causes of cancer at the genetic and environmental levels, to conduct groundbreaking laboratory research, and to translate findings into pioneering and innovative clinical trials. For more information, please visit www.unclineberger.org.

About Brigham and Women’s HospitalBrigham and Women's Hospital (BWH) is a 793-bed nonprofit teaching affiliate of Harvard Medical School and a founding member of Partners HealthCare. BWH has more than 3.5 million annual patient visits, is the largest birthing center in Massachusetts and employs nearly 15,000 people. The Brigham’s medical preeminence dates back to 1832, and today that rich history in clinical care is coupled with its national leadership in patient care, quality improvement and patient safety initiatives, and its dedication to research, innovation, community engagement and educating and training the next generation of health care professionals. Through investigation and discovery conducted at its Brigham Research Institute (BRI), BWH is an international leader in basic, clinical and translational research on human diseases, more than 1,000 physician-investigators and renowned biomedical scientists and faculty supported by nearly $650 million in funding. For the last 25 years, BWH ranked second in research funding from the National Institutes of Health (NIH) among independent hospitals. BWH continually pushes the boundaries of medicine, including building on its legacy in transplantation by performing a partial face transplant in 2009 and the nation’s first full face transplant in 2011. BWH is also home to major landmark epidemiologic population studies, including the Nurses' and Physicians' Health Studies and the Women's Health Initiative as well as the TIMI Study Group, one of the premier cardiovascular clinical trials group. For more information, resources and to follow us on social media, please visit BWH’s online newsroom.