Engineer Awarded Funding for Parkinson's Research by Institute for Cyberscience 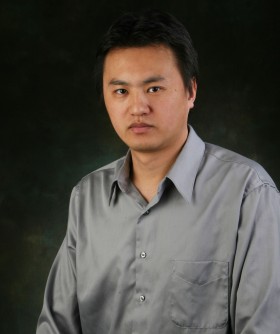 Tao Yao and his researchers will be looking at biomarkers for Parkinson's disease in the DNA of patients.

Newswise — UNIVERSITY PARK, Pa. – The Penn State Institute for CyberScience (ICS) has awarded $25,000 to Tao Yao, associate professor in the Harold and Inge Marcus Department of Industrial and Manufacturing Engineering, and his team of researchers for their project titled, "High-Dimensional Data Analysis for Parkinson's Disease."

The one-year award is part of the inaugural ICS Seed Grant Program.

Yao, who is the principal investigator (PI) on the project, says the goal of the research is to “explore the correlation between genetic data and Magnetic Resonance Imaging (MRI) measurements, and how behavior factors in patients with Parkinson’s disease influence that relationship.”

Parkinson’s disease is the second most prevalent neurodegenerative disease in the United States after Alzheimer’s disease and accounts for nearly $27 billion in expenses annually. It is anticipated that the number of Americans affected with the disease will rise substantially in the coming decades, making it an even larger financial and emotional burden on patients, their families and society in general.

According to medical researchers, there is a great need to develop new methods for the analysis of complex data collected by neuroscientists and clinicians through advancing innovative neurotechnologies. Researchers on this project will conduct preliminary studies that focus on the development of new statistical methods for the analysis of integrated MRI and genetic data during three Parkinson’s disease studies.

Huang’s research team will organize the genetic and behavioral outcomes data that has been obtained through grants funded by the National Institutes of Health and the Parkinson’s Progression Marker Initiative. They will perform MRI data analysis and generate scientifically relevant measurements, such as the volume of the brain cortex, brain thickness, brain gyrification—or the process or cortical folding that leads to the wrinkle-like appearance the brain—and diffusivity measurements.

Li’s expertise is on variable selection and feature screening. He will adapt the statistical learning tools for analysis of genetic and MRI data and formulate the scientific questions related to Parkinson’s disease into statistical problems.

The scarcity of biomarkers for Parkinson’s disease presents many challenges in developing better diagnosis, treatment strategies and understanding the cause of the disease. However, the researchers will utilize new technologies in multimodal MRI as biomarkers to detect changes in the brain that can be attributed to Parkinson’s disease.

The researchers will be employing statistical learning and optimization techniques to the identification of biomarkers for the disease using a new perspective of abstracting the search for a biomarker as a model selection problem with high dimensionality. By using this new approach, the researchers expect the estimation accuracy and statistical performance to improve greatly.

“If successful, our research will provide a significant facilitation to understanding the factors that contribute to the development and/or progression of Parkinson’s disease in patients,” said Yao.

“The new statistical/machine learning techniques we are proposing will be enhanced with modern optimization approaches and will hopefully result in a highly automated diagnostic system that would provide intelligent and objective diagnostic suggestions that can be used to develop tools to assist clinicians and researchers who treat and study Parkinson’s disease,” he added.