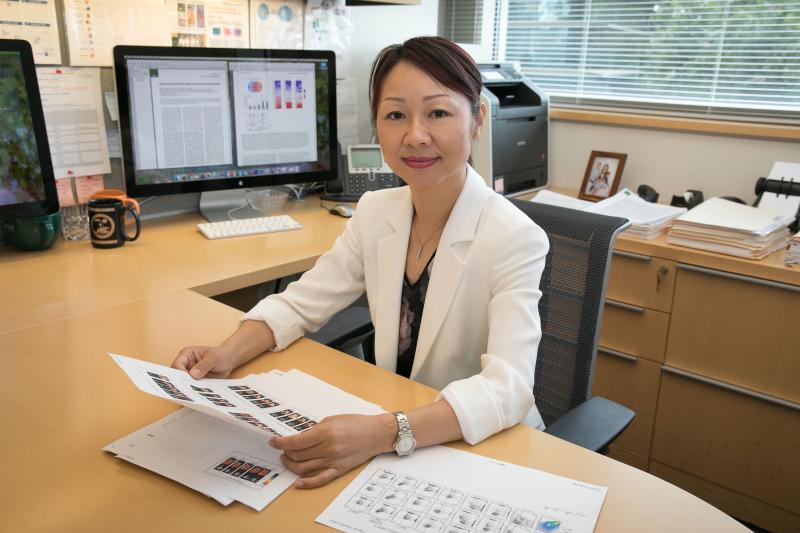 Newswise — They’ve been called the “special forces” of the immune system: invariant natural killer T cells. Although there are relatively few of them in the body, they are more powerful than many other immune cells.

In experiments with mice, UCLA researchers have shown they can harness the power of iNKT cells to attack tumor cells and treat cancer. The new method, described in the journal Cell Stem Cell, suppressed the growth of multiple types of human tumors that had been transplanted into the animals.

“What’s really exciting is that we can give this treatment just once and it increases the number of iNKT cells to levels that can fight cancer for the lifetime of the animal,” said Lili Yang, a member of the Eli and Edythe Broad Center of Regenerative Medicine and Stem Cell Research at UCLA and the study’s senior author.

Scientists have hypothesized that iNKT cells could be a useful weapon against cancer because it has been shown that they are capable of targeting many types of cancer at once — a difference from most immune cells, which recognize and attack only one particular type of cancer cell at a time. But most people have very low quantities of iNKT cells; less than 0.1% of blood cells are iNKT cells in most cases.

Still, Yang and her colleagues knew that previous clinical studies have shown that cancer patients with naturally higher levels of iNKT cells generally live longer than those with lower levels of cells.

“They are very powerful cells but they’re naturally present in such small numbers in the human blood that they usually can’t make a therapeutic difference,” said Yang, who also is a UCLA assistant professor of microbiology, immunology and molecular genetics and a member of the UCLA Jonsson Comprehensive Cancer Center. ­­

The researchers’ goal was to create a therapy that would permanently boost the body’s ability to naturally produce more iNKT cells. They started with hematopoietic stem cells — cells found in the bone marrow that can duplicate themselves and can become all types of blood and immune cells, including iNKT cells. The researchers genetically engineered the stem cells so that they were programmed to develop into iNKT cells.

They tested the resulting cells, called hematopoietic stem cell-engineered invariant natural killer T cells, or HSC-iNKT cells, on mice with both human bone marrow and human cancers — either multiple myeloma (a blood cancer) or melanoma (a solid tumor cancer) — and studied what happened to the mice’s immune systems, the cancers and the HSC-iNKT cells after they had integrated into the bone marrow.

They found that the stem cells differentiated normally into iNKT cells and continued to produce iNKT cells for the rest of the animals’ lives, which was generally about a year.

“One advantage of this approach is that it’s a one-time cell therapy that can provide patients with a lifelong supply of iNKT cells,” Yang said.

More work is needed to determine how HSC-iNKT cells might be useful for treating cancer in humans and whether increasing the number of HSC-iNKT cells could cause long-term side effects. But Yang said hematopoetic stem cells collected either from a person with cancer or a compatible donor could be used to engineer HSC-iNKT cells in the lab. The procedure for transplanting stem cells into patients’ bone marrow is already well-established as a treatment for many blood cancers.

Funding for the study was provided by the National Institutes of Health, the California Institute for Regenerative Medicine, the Concern Foundation, the STOP CANCER Foundation, a UCLA Broad Stem Cell Research Center Rose Hills Foundation Innovator Grant, and the center’s training program, supported by the Sherry, Dave and Sheila Gold Foundation.