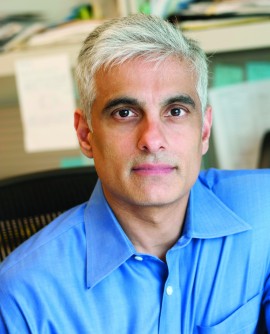 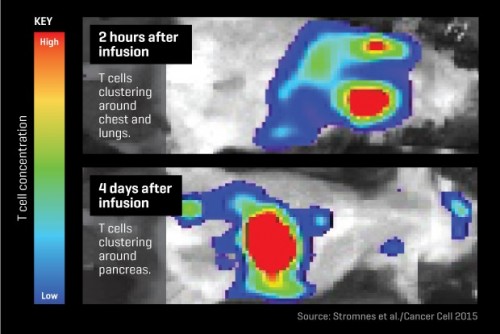 A form of immunotherapy shows promise against pancreatic cancer in a mouse model. The scientists engineered T cells to recognize pancreatic cancer cells — the cells homed to mice's tumors within a few days of infusion.

Hingorani, a pancreatic cancer specialist, teamed up with Fred Hutch immunotherapy experts Drs. Phil Greenberg and Ingunn Stromnes in successful efforts to breach the cancer’s physical and immunological walls using immunotherapy, a type of treatment that harnesses or refines the body’s own immune system with T-cells engineered to recognize and destroy cancer cells.

Specifically, Hingorani’s team created T cells with a high affinity to a “relatively” tumor-specific antigen. Why relatively? Notoriously difficult pancreatic tumor cells don’t produce many unique proteins that allow for completely tumor-specific T cells. Instead, the team had to look for proteins that are expressed in unusually large amounts in the tumor cells and minimally expressed elsewhere. The T cells then were engineered to attack those.

But there was a potential problem: That same targeted mesothelial protein also can be found in the linings of the heart and lungs. However, in tests on mice with pancreatic tumors and immune system responses nearly identical to those in humans, the engineered infused T cells parked only briefly in those linings (without harming them) and then moved along to attack the tumor cells. What’s more, they killed those cells over a 10-day period, as did subsequent infusions.

Additionally, Hingorani and his team have worked to develop an enzyme that can help defeat the tumor’s high interstitial pressures and potentially open the door for greater penetration and effectiveness of T cells and other types of agents. By the end of the year, Hingorani hopes to have the human version of the T cell in clinical trials.

This work was supported by a Fred Hutchinson Cancer Research Center/University of Washington Cancer Consortium Cancer Center Support Grant, the Giles W. and Elise Mead Foundation, the Safeway Foundation, a gift from Maryanne Tagney and David Jones, the National Cancer Institute, and grants from the Korean Research Institute of Bioscience and Biotechnology, Juno Therapeutics, the Irvington Institute Fellowship Program of the Cancer Research Institute and the Jack and Sylvia Paul Estate Fund to Support Collaborative Immunotherapy Research.

At Fred Hutchinson Cancer Research Center, home to three Nobel laureates, interdisciplinary teams of world-renowned scientists seek new and innovative ways to prevent, diagnose and treat cancer, HIV/AIDS and other life-threatening diseases. Fred Hutch’s pioneering work in bone marrow transplantation led to the development of immunotherapy, which harnesses the power of the immune system to treat cancer with minimal side effects. An independent, nonprofit research institute based in Seattle, Fred Hutch houses the nation’s first and largest cancer prevention research program, as well as the clinical coordinating center of the Women’s Health Initiative and the international headquarters of the HIV Vaccine Trials Network. Private contributions are essential for enabling Fred Hutch scientists to explore novel research opportunities that lead to important medical breakthroughs. For more information visit fredhutch.org or follow Fred Hutch on Facebook, Twitter or YouTube. 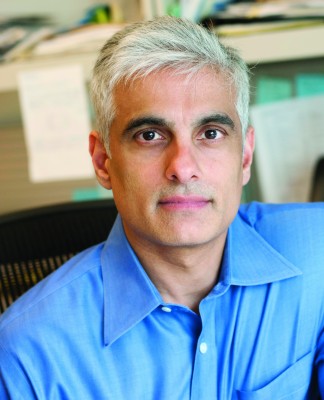 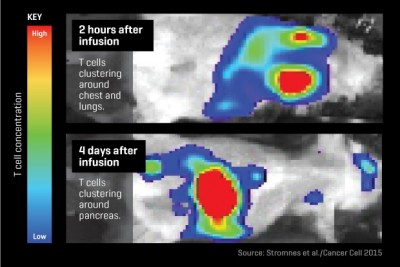 Caption: A form of immunotherapy shows promise against pancreatic cancer in a mouse model. The scientists engineered T cells to recognize pancreatic cancer cells — the cells homed to mice's tumors within a few days of infusion.