Entrepreneurship and the US Economy: Concerns and Implications

14-Mar-2018 11:05 AM EDT, by University of Virginia Darden School of Business
favorite_border 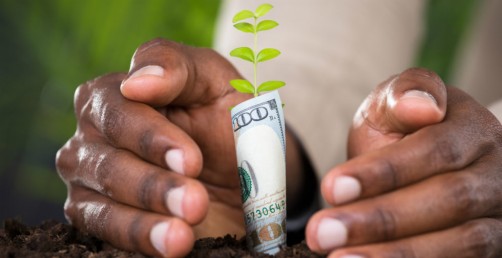 By Sean Carr and John Haltiwanger

Newswise — Why has the rate of U.S. entrepreneurship been on a steady decline for the past decade, and what does it mean for the U.S. economy? Sean Carr, Ph.D., executive director of Darden’s Batten Institute for Entrepreneurship and Innovation speaks with Professor John Haltiwanger from the University of Maryland and the National Bureau of Economic Research (NBER), whose research has played a major role in our understanding the determinants of firm-level job creation, job destruction, firm dynamics and economic performance. Following are excerpts from their recent conversation at UVA Darden:

Entrepreneurship and the Economy: A Symbiotic Relationship

SEAN CARR: We often hear that entrepreneurs are the engines of job creation and economic growth, but recent data suggest that the rate of entrepreneurship in the U.S. has been on a steady decline. What’s going on here?

SC: While entrepreneurship overall in the U.S. has been declining, what about startup activity in the high-tech, high-growth sector?

Rates of Growth and the Techno-Optimist View

SC: Your recent talk at UVA was titled “Declining Business Dynamism of Entrepreneurship in the United States: Cause for Concern.” Is it a cause for concern?

JH: I would say yes, precisely because of what we see in high tech. We’re still seeing businesses out in the right tail of the productivity distribution, but they’re not growing in the same way as before. I’m not saying they’re not growing at all, they’re just not growing as rapidly, and that’s kind of what you need for the high-tech, high-impact entrepreneurs. We’ve even looked regionally: Is a Silicon Valley doing what it was doing back in the 1990s? The answer is no, it’s just not. We’re just not seeing it in the jobs and the productivity data.

SC: Do you think there could be a lag? Could it be that the impact of today’s innovations and new technologies are not yet apparent in the productivity data, for instance?

JH: Sure. There could be potentially a lag. The diffusion process for new technologies can be a slow one. If you talk to the techno-optimists, they’ll tell you, “Look, driverless cars are right around the corner. … AI is going to completely change the way we organize businesses.” But it’s still going take somebody to figure out how to bring this into the market. So, are we in that phase where this is about to happen? Here’s the thing: Entry tends to be a leading indicator for innovation, and we’re just not seeing it.

SC: What would you recommend that a policy maker or legislator take away from these observations?

JH: I think it’s good to start by asking: Why has the U.S. become a less attractive place for entrepreneurs, particularly in these key innovative sectors like high tech, to start up a new business? I do worry about the regulatory environment. And I think we ought to be asking ourselves what happened to the financial markets. [But] I don’t think that’s the whole story.

The U.S. is the magnet around the world for graduate education. We don’t make it easy for all these doctoral students that we’ve trained or MBAs that we’ve trained, who come from around the world, to stay in the United States. Is there evidence that this group plays a critical role for high-growth entrepreneurship? The answer is absolutely. Yes. So, if you’re trying to stimulate or keep up the pace of high-impact entrepreneurship, the pool that you want to attract and retain are exactly the people we’re bringing into the United States right now to our doctoral programs and our master’s programs — but we’re not retaining [them].

SC: One last question to wrap up. What’s the next phase of work that you feel really needs to be done in entrepreneurship?

JH: We don’t understand very well the career paths of entrepreneurs. Why might it be for the person who’s thinking about creating the next big thing, why aren’t they doing these [things]? We’ve got to remember, much of what I talked about is entrepreneurs as businesses, but actually entrepreneurs are individuals. And we don’t know nearly as much as you’d like about the individuals.

For more of the conversation, tune in to the podcast Research and Relevance, Episode 6: Declining Business Dynamism and Entrepreneurship in the U.S.: Behind the Numbers, produced by Darden’s Batten Institute for Entrepreneurship and Innovation.