Two finch species from the study 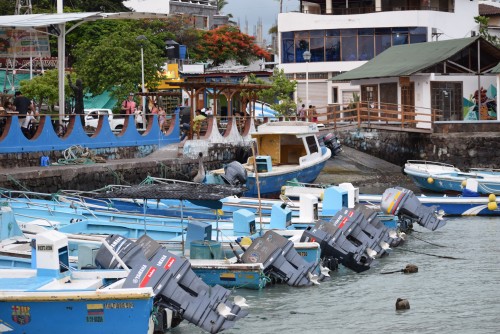 Urbanization of the Galapagos has happened relatively recently, so this is a good opportunity to study how animals respond to rapid environmental change.

By studying rural and urban populations of two species of Darwin’s finches on the Galapagos Islands, researchers were able to show that while there was very little genetic variation, there were substantial epigenetic differences that could be related to environmental differences resulting from urbanization.

Sabrina McNew, doctoral candidate at the University of Utah and lead author of the study, said: “Urbanization of the Galapagos has happened relatively recently, so this is a good opportunity to study how animals respond to rapid environmental change.”

Michael Skinner, senior author from Washington State University, said: “In the finches that we studied, epigenetic alterations between the populations were dramatic, but minimal genetic changes where observed. We believe that the epigenetic differences may be a heritable component that might explain the rapid adaptation of Darwin’s finches to an urban environment. These species of finch have distinct diets which could explain the differences in methylation patterns as diet is known to influence epigenetics. This is a novel mechanism which is not seriously considered in evolutionary biology at this time“.

Epigenetics, particularly a chemical modification to DNA known as methylation, has emerged as a heritable component linked to differences between members of a population and might play a role in the molecular basis of evolutionary change. DNA methylation can be induced by the environment and can impact gene expression, leading to changes in physical traits such as size.

McNew explained: “We can't say for sure how these methylation differences affect the morphology or physiology of the finches; however, it's exciting to document epigenetic variation on a population-level. This project is a first step in understanding if epigenetic changes are involved in adaptation to changing environments."

In this study, the authors captured over 1,000 birds of two species of Darwin’s finch, the medium ground finch (Geospiza fortis) and the small ground finch (G. fuliginosa), from a rural and an urban site located 10km apart on the Galapagos Islands. Morphological study of the birds revealed that G. fortis from the urban environment were larger in all measured traits than their rural counterparts. There were no size differences recorded between the urban and rural G. fuliginosa, which could be due to the fact that the two species have different diets and because G. fuliginosa are less variable in size than G fortis, according to the researchers.

This study compared just two populations of finches so it cannot be said with certainty that urbanization is the key influencer of epigenetics or morphology. However the results are consistent with a potential role of epigenetic variation in rapid adaptation to changing environments. Future studies are needed to determine what direct effects DNA methylation has on physical traits, and to what extent these methylation patterns may play a role in evolution. 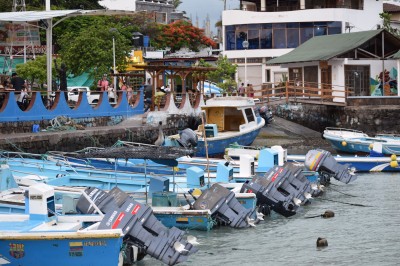 Caption: Urbanization of the Galapagos has happened relatively recently, so this is a good opportunity to study how animals respond to rapid environmental change.