6-Feb-2020 8:55 AM EST, by International League Against Epilepsy
favorite_border 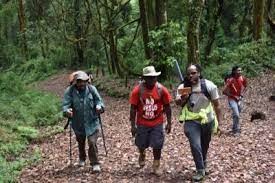 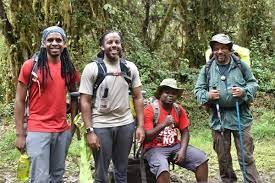 Newswise — In 2012, Californians Candy and Brad Levy wanted to give back to the community after their daughter Sofie’s successful epilepsy surgery. Their plan: Invite people with epilepsy and their families to spend a day together at Disneyland. They could meet other people having similar experiences, enjoy the park, and raise awareness of epilepsy by wearing purple t-shirts.

They expected about 200 people; 900 showed up. Despite the event’s success, the Levys had no designs on repeating it.

Until they spoke with neurologist Deborah Holder, one of those 900 attendees. Holder had recently moved to California—she’s now director of the comprehensive epilepsy program at Children’s Hospital of Los Angeles—and came to the park with her sister, who’s a Disney fan.

Education is Holder’s passion. “What I see in people who come to me for a second or third opinion is a lack of education,” she said. “Sometimes I’ll ask what type of epilepsy they have, and they don’t know. They don’t know what seizure type they have, what syndrome they have. You wouldn’t see that with other conditions.”

Holder realized that while physicians could take advantage of continuing education and find new information at any epilepsy conference, patients and their families had no such resource.

What about melding a day at Disneyland with an educational expo, where patients and their families could learn more about epilepsy, talk to doctors, and better understand treatment options?

“I thought we could make this so much more,” she recalled. “We do it at Disneyland because, well, it’s Disneyland! You do it where people want to come, and then you sneak in some teaching and it’s a win-win.”

The Levys, Holder, and others organized a second Epilepsy Awareness Day in 2013, complete with the education expo. It’s grown and evolved every year since: In 2019, more than 5,600 people registered to attend the event, which now includes two days of presentations, discussions, vendors and other educational opportunities, as well as the day at Disneyland.

“I never would have believed the response,” said Brad. “We did not see ourselves here.”

In addition to its dramatic growth, the event also has gained esteem. “We have the respect and attention of 30 level-4 epilepsy centers,” said Brad. “When we invite doctors, they respond. At first, we were begging pharmaceutical companies for sponsorship; now they call us. It’s amazing that in such a short time we have built the largest gathering of epilepsy patients and physicians in the world.”

The unique opportunity for patients and families to meet one another and mingle with some of the top epileptologists in the United States has attracted attendees from nearly half of US states and at least six other countries, including Japan and Australia.

The right information at the right time

“Education is power,” said Holder. “Even with all the information out there… well, there’s so much out there. How do you know where to look and what to pay attention to?”

Plus, she noted, nothing can replace face-to-face communication. “You lose something if you do everything online," she said. "Meeting another family, talking to a doctor in person—that personal contact makes a difference."

The opportunity to ask a physician about anything, with no time constraints, can be transformational, said Holder. Solomon Moshé, who has attended the event for the past several years, agreed.

“The doctors are there, they’re accessible, and any doctor-patient relationship complications don’t exist, so it’s more relaxed,” said Moshe, the Charles Frost Chair in Neurosurgery and Neurology at the Albert Einstein College of Medicine/Montefiore Medical Center, New York. “Because these conversations, people might feel more confident going home and talking about issues with their own doctor.”

By the time John and Katie Bowen attended Epilepsy Awareness Day at Disneyland in 2018, John—who was in law enforcement—had dealt with seizures for nearly 20 years. He’d had two surgeries (one to remove a tumor) and a vagus nerve stimulator and had tried “pretty much every epilepsy drug there is,” said his wife, Katie.

John still had seizures often enough that he couldn’t drive, and doctors told the Bowens that his seizure control was the best it would ever get. The side effects from medications brought drowsiness, brain fog, and anger. In early 2018, John weathered a bout of medication toxicity that left him seeing double and unable to walk.

“[The toxicity] was just the last straw,” said Katie. “I’d seen an ad on Facebook or something for the Epilepsy Awareness Day and I persuaded him to go, to see if we could find something to help him. After 20 years, you think you know everything, but there’s all this research going on, so you never know.”

The Bowens listened to a presentation about epilepsy surgery and talked to the physician afterward. They sent that physician John’s medical records, and about a month later they had an appointment with him.

Though other physicians had said John couldn’t have surgery, the new team did tests that showed he was a candidate. John underwent a third surgery in March 2019, and has been seizure free since.

The Grahams came to their first Epilepsy Awareness Day in 2013, about 4 years after their son Brock’s diagnosis. His mother, Mandy, was “less than happy” with Brock’s care: His doctors didn’t speak to him directly, and she usually felt rushed through an appointment. Brock’s initial diagnosis had been given over the phone, a week after doctors told the family that his seizures were “a fluke” and nothing was wrong.

“Then they called and said, ‘Your son has epilepsy and we’re going to start him on Keppra and we’ll see you in two months. Any questions?’”

Mandy was stunned. “At that time, I’m not sure I know what epilepsy actually is. And I know that I don’t know what Keppra is,” she said. “But I’m not very outspoken at that point, so I just go along.”

As Brock’s condition progressed, Mandy realized she didn't know what his treatment options were, or what a good neurologist looked like. She started learning about patient advocacy and researching information. During her research, she saw an online announcement about Epilepsy Awareness Day at Disneyland.

“A meeting that has Mickey Mouse and epilepsy,” Mandy said. “Are you kidding me? Those are two of the most important things in my world!”

The Grahams visited in 2013 and 2014; after their second trip, they sought a second opinion with doctors in California. As a result, they now make roundtrips of about 3,000 miles, several times a year, for Brock's epilepsy care. “We do it because our neurologist in California is amazing; the care is amazing,” said Mandy. “It has changed our lives. Before, we did not know what we were missing.”

The family also continues to attend Epilepsy Awareness Day. Brock, now 13, loves to be social, so “for him to be able to see people and be social—that’s heartwarming to me,” said Mandy. “And everybody accepts everybody.

“The event is so mindboggling – every year it gets better,” she said. “Every year I walk away knowing more. Even minor things like medication side effects, medication interactions – those seem small, but they are huge in our world. They can impact the whole family.”

Like many families, the Grahams are raising awareness simply by attending. “Many of the people I work with—my own patients, doctors I interact with—they know when I’m going, and they want to know what I’ve learned when I come back,” said Mandy, who is a speech pathologist. “My patients are excited, because they know it’s changing my life and other people’s lives.”

The Levys are committed to continuing Epilepsy Awareness Day indefinitely. The event is wholly volunteer driven, with no funds spent on salaries or personal expenses. The 2020 expo will have a larger exhibitor space and host more physicians and centers than ever before. Presentation topics are added and adjusted based on feedback from families.

“There’s a huge need for everyone to get educated,” Holder said. “Especially for children; if a child is misdiagnosed and on the wrong medication for years, it affects their entire life. They can’t get that development back. We have to get seizure control early, and if you have to travel to see another doctor, you do that. Don’t settle.”

The Epilepsy Awareness Day educational expo at the Disneyland Hotel is free. For more information about the 2020 event, please visit the event website.