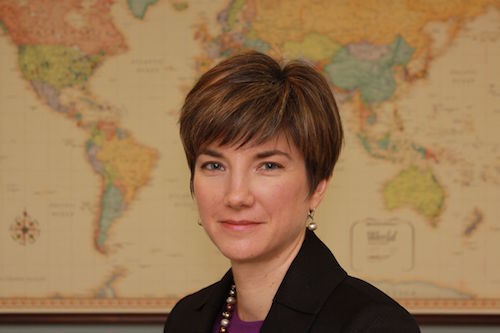 Newswise — BETHESDA, MD, April 28—The American Society for Cell Biology (ASCB) has named Erika Shugart, PhD, as its new Executive Director, effective June 1. In making the announcement, ASCB President Peter Walter hailed Shugart’s background in bench biology, her skills in science communication, and her leadership in marketing and strategic planning as a perfect fit for strengthening ASCB’s vitality and widening its reach. “I think Erika will be a fantastic leader for all of us,” said Walter.

Shugart will come to ASCB from the American Society for Microbiology where she has been the Director of Communications and Marketing Strategy since 2013, overseeing media relations, digital communications, marketing, a membership magazine, and public outreach. Between 2003 and 2013, Shugart was Deputy Director of the Marian Koshland Science Museum of the National Academy of Sciences (NAS) where she developed new digital exhibitions, online interactive experiences, and other innovative media programs for the new museum, which opened in 2004. At the Koshland, Shugart managed the creation of several major exhibitions including “Life Lab”, “Earth Lab: Degrees of Change,” “Infectious Disease: Evolving Challenges to Human Health,” “Putting DNA to Work,” and a virtual exhibition on “Safe Drinking Water.”

Prior to joining the museum staff, Shugart directed the NAS’s Office on Public Understanding of Science, managing several projects including the article series, Beyond Discovery. Shugart began her career at the National Research Council as an intern with the Board on Biology, moving on to become a Program Analyst at the NIH National Institute of Allergy and Infectious Diseases. She received her PhD in biology from the University of Virginia where her research centered on adipocyte development. Shugart has been recognized as a leader in the field of science communication. In 2010, she was elected as a Fellow of the American Association for the Advancement of Science (AAAS) for distinguished contributions and leadership in public understanding and engagement in science. She was a AAAS Noyce Leadership Fellow from 2012–2013. In 2007, she was named an Individual Distinguished Service Award winner by the NAS. In addition, Shugart was the Principal of Erika Shugart Consulting, LLC, a firm that specialized in improving audience engagement. Clients have included Academy Health and the Franklin Institute.

In becoming ASCB Executive Director, Shugart says she intends to provide “the vision to ensure the Society’s vitality, serve the membership, and engage the next generation of cell biologists.” She hopes to strengthen the Society’s mission with her strong business experience, to build bridges internally and externally, and to lead the talented, committed ASCB team.