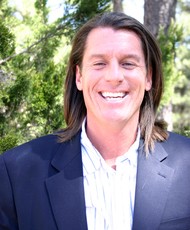 Troy Hutchings is one of only a handful of researchers in the United States who have examined the unseemly topic of teacher sexual misconduct with students.

Newswise — The 1995 movie 'Mr. Holland's Opus' is a widely praised film depicting a struggling composer who reluctantly becomes a teacher and eventually learns the value of his profession and his family.

Troy Hutchings thinks Mr. Holland should have lost his job and his teacher's certificate.

It wasn't Mr. Holland's in-class performance that concerns Hutchings, director of Student Services in Northern Arizona University's College of Education and a faculty member in the college. It's his relationship with Rowena, one of his students. In a famous scene at a bus stop, Mr. Holland and Rowena kiss.

"He should be fired," Hutchings said. "That's sexual misconduct—a violation of his fiduciary position."

"Fiduciary" is not a term frequently heard in association with teachers. Then again, neither is "sexual misconduct" —a least not from a researcher's standpoint.

Hutchings is one of only a handful of researchers in the United States who have examined the unseemly topic of teacher sexual misconduct with students.

"For the most part, these teachers are not monsters," Hutchings said. "These are often good people who torched their careers because of a bad decision. They're often not pedophiles. These are often boundary violators."

Mary Kay Laterneau—the former teacher who had an affair with her underage student and eventually married him—may be the most famous and shocking case, but Hutchings said most cases aren't nearly that extreme.

In fact, he estimates that nearly 10 percent of students have experienced some type of sexual misconduct with teachers—whether it's verbal or physical. It could be a comment made among the male teachers in the lounge about a teen's outfit or perhaps an inappropriate joke made during a teacher-student conference.

Surprisingly, he said, it is often the best teachers.

"Great teachers develop great emotional ties to kids," he said. "They have emotional intimacy with students. Once you develop that, it can be a very slippery slope. Do you invite students to your house? Do you give them a ride home in the rain? These situations can lead to troubles."

Emotional flirtation has been around for ages, he explained. "It used to be honorable to marry your teacher."

Mr. Holland's situation isn't atypical. The Richard Dreyfuss character had a troubled marriage and a difficult home life. "Right or wrong, he found something with his students that he felt he didn't have at home," Hutchings said.

"This is not a new phenomenon," he continued. "It's always been there, but the reasons are coming to light. The media is our friend on this. They are shining the light of scrutiny under this rock."

Interviews with teachers who have engaged in sexual misconduct with students show similarities. The men claim they are finding something they think they don't have while the women say, "I fell in love."

"The men never say that," Hutchings said, and they are most likely to repeat the offense.

The solution, Hutchings believes, lies in teacher education, specifically ethics. "We've neglected the topic because of the moral assumption that teachers are good people."

Some teachers may not even realize what is happening before it's too late—they may put themselves into positions they had never considered, he said. "Later, they'll ask, 'Why wasn't I taught what to do?' They are not cognizant or prepared for the ethics of teaching."

Teachers have a "fiduciary role" with students, with a special trust placed upon teachers similar to therapists, he explained. He said colleges should be looking at prevention strategies.

Hutchings recently was named the recipient of the 2009 Doug Bates Memorial Award. The national award honors an individual who has made a significant contribution to the field of educator ethics and professional practice.