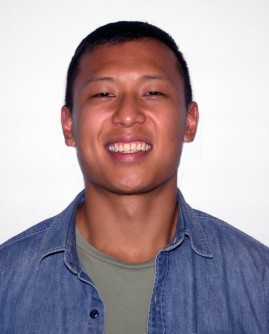 "The sheer force of immigration and suburbanization has resulted in the unmistakable rise of middle-class yet ethnic suburban communities. However, my research shows that despite their distinct middle-class character, ethnoburbs have lost a steady flow of white residents over the past 20 years," said Samuel Kye, author of "Revisiting White Flight and Segregation: The Consequences of Ethnoburbs."

"The findings suggest that patterns of segregation remain highly active even in these, the most affluent of ethnic neighborhoods," said Kye, a doctoral student in the Department of Sociology in IU Bloomington's College of Arts and Sciences. "Collectively, this raises important questions about the future of America's increasingly diverse metropolitan areas."

Kye discussed his study on Saturday during the American Sociological Association's annual meeting.

His study is one of the first to look at white Americans' response to the influx of suburban ethnic populations. It also is one of the first to use a nationwide sample of census tracts to examine residential trends. His work expands the conversation about ethnic neighborhoods beyond the Chinatowns and other urban "enclaves," where poor residents of similar ethnicity have often lived because they lacked other choices. Studies involving suburbs offer researchers the opportunity to examine where people choose to live.

Rather than safely becoming middle-class melting pots, however, the once majority-white suburbs in Kye’s study appeared especially sensitive to the growth and emergence of non-white populations. Levels of “white flight” and segregation attributable to the presence of minority groups were distinctly higher in suburbs than in urban neighborhoods. A silver lining, Kye said, is that the level of suburban segregation for most minority groups had stopped increasing and began instead to decrease from 1990 to 2010 -- except for African American neighborhoods.

Kye said black ethnoburbs were the only communities to continue showing increases in segregation during that same time period.

"This is alarming because although black-white segregation has generally declined over the past 30 to 40 years, blacks still remain the most highly segregated minority group in the U.S. today," he said. "The fact that levels of segregation for blacks continue to grow even in their middle-class communities raises concern about the decline of black/white segregation into the future, especially as America continues to suburbanize and ethnoburbs proliferate in number."