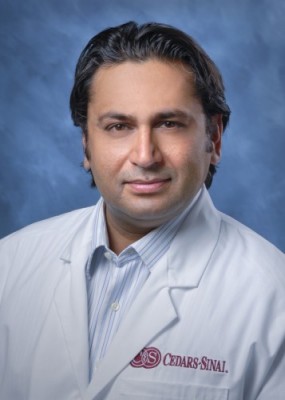 Newswise — LOS ANGELES (Aug. 4, 2020) - More than three years after a clinical trial was prematurely ended for failing to show progress in healing heart attack scars, a prominent peer-reviewed journal is publishing some surprising results showing that the heart cell treatment does benefit patients.

Data from the ALLSTAR study published Tuesday by the European Heart Journal showed that although infusions of allogeneic cardiac cells - called cardiosphere-derived cells or CDCs--did not appear to shrink the scar left on heart muscle after a heart attack, other data from the study show a clear benefit.

Compared with patients who received placebo treatment, patients randomized to receive CDC infusions showed a decrease in the volume of blood in the heart before and after it beats, indicating that the heart had not dilated, as it does progressively in heart failure.

"As it develops heart failure, the heart gets bigger and bigger, like a swelling balloon," said the study's lead author, Raj Makkar, MD, vice president of Cardiovascular Innovation and Intervention for Cedars-Sinai and the Stephen R. Corday, MD, chair in Interventional Cardiology. "One way we can measure the health of a heart is to measure the volume of blood it can hold. The bigger the volume, the more damaged the heart."

The newly analyzed data from the ALLSTAR study, which was sponsored by Capricor Therapeutics, showed that patients given a placebo had hearts that continued to swell, holding larger volumes of blood, while the patients who received CDC infusions had smaller hearts with lower volumes.

"To me, these data are very reassuring that there really is therapeutic benefit," said Eduardo Marbán, MD, PhD, executive director of the Smidt Heart Institute. "There is a growing body of evidence that this cell treatment does work."

Results from the earlier CADUCEUS trial, published in The Lancet in 2014, showed that injecting CDCs into the hearts of heart attack survivors significantly reduced their heart attack scars. In 2017, however, the multicenter ALLSTAR study was prematurely halted after six months of data showed no decrease in heart attack scar size, but later analyses revealed the beneficial findings reported here.

"We think we may have chosen the wrong endpoint," said Marbán, the Mark S. Siegel Family Foundation Distinguished Professor, whose discoveries and technologies resulted in CDCs. "This happens in science because you have to design the trial a year or more before you begin, and sometimes you bet on the wrong horse … but that doesn’t necessarily mean the therapy is ineffective."

"California is known as the stem cell state, but few technologies being tested in California actually were developed here," said Shlomo Melmed, MB, ChB, executive vice president of Academic Affairs, dean of the Medical Faculty and professor of Medicine. "Increasing evidence-including the results of the large multicenter ALLSTAR trial-validates the potential utility of a cell product which was conceived by a faculty member at Cedars-Sinai, and first tested clinically here."

Click here to read the complete study published by the European Heart Journal.

Disclosures: Except for the cells used in CADUCEUS, the cardiosphere-derived cells used in these studies were derived from donor hearts and provided by Capricor Therapeutics. Marbán developed the process to grow CDCs when he was on the faculty of Johns Hopkins University; the process was further developed at Cedars-Sinai. Capricor has licensed the process from Johns Hopkins and from Cedars-Sinai for clinical and commercial development. Capricor has licensed additional intellectual property from Cedars-Sinai and the University of Rome. Cedars-Sinai and Marbán have financial interests in Capricor.

Read more on the Cedars-Sinai Blog: Young at Heart