Even an Hour of TV a Day Ups Risk of Childhood Obesity, Study Finds 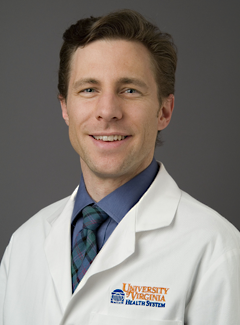 Mark D. DeBoer of the University of Virginia School of Medicine

Newswise — Children who view television as little as an hour a day are significantly more likely to be overweight or obese and gain more unhealthy weight over time, according to a new study from the University of Virginia School of Medicine. Based on the findings, the researchers say physicians should encourage families to restrict young children’s TV viewing to prevent unhealthy weight gain.

Many previous studies that have examined the link between television and childhood obesity evaluated the effects of watching at least two hours a day; the UVA researchers, on the other hand, wanted to determine how smaller amounts would affect children in kindergarten and first grade. Their findings were troubling: Compared with children who watched less than an hour of TV on weekdays, children who watched 1-2 hours were 1.4 times more likely to be overweight and up to 1.5 times more likely to be obese.

“We were interested to see that children watching only one to two hours of TV already had almost the same degree of unhealthy body weight as those watching more than two hours,” said Mark D. DeBoer, MD, of the UVA Department of Pediatrics, who led the research. “These data support the notion that even lower amounts of TV viewing are associated with unhealthy weight gain.”

The American Academy of Pediatrics recommends children watch no more than two hours of television daily. But DeBoer argues even that may be too much. “Based on the results of our study, we would recommend no more than one hour of TV daily. We recommend that parents place limits on how much TV their children watch and replace viewing time with opportunities for physical activity and educational activities. This may require supporting parents through increased funding for safe play and educational locations such as parks and libraries.”

In conducting the study, DeBoer and his colleagues examined data from a nationally representative sample of more than 14,000 children, collected as part of the Early Childhood Longitudinal Study-Kindergarten Cohort 2011. TV viewing increased with lower parental education and household income; the findings of the study persisted after adjustment for these and other possible confounding factors.

DeBoer presented his findings Sunday at the Pediatric Academic Societies’ annual meeting in San Diego. The findings also will appear as a paper in the journal Obesity. The first author was Travis Peck, a third-year medical student at UVA, and the other authors were Rebecca J. Scharf, MD; Mark Conaway, PhD; and DeBoer.