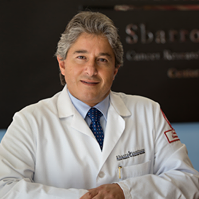 Giordano's comments come in response to a study published this week in JAMA, the journal of the American Medical Association, which showed signs that too few patients are getting genetic counseling. The study described a shortfall of genetic screening for breast cancer patients at risk for mutations of the BRCA1 and BRCA2 genes, with as many as 80% of patients surveyed said they wanted testing, but only about 40% received genetic counseling.

“Genetic counseling is so important,” says Dr. Giordano, “not only for BRCA, but for other testing as well. Sometimes there are incidental findings which can guide the medical oncologist to the right targeted approach. Such as, which hormonal therapies or chemotherapy agents will be most effective.”

The study also indicated a majority of patients surveyed say the reason they didn't get a genetic screening was because the doctor didn't recommend it to them.

“Most of the time, this may be because the medical oncologist feels they need to decide for the patient,” says Dr. Giordano, “and they may prescribe genetic counseling if they feel it is called for, but may not explain it to the patient.”

That may be a mistake that needs to change, says Dr. Giordano, for more reasons than just medical.

“Psychologically, it is very important for the patient to participate in decisions about their treatment. They are often scared, and to have more information can help them feel empowered in their medical decisions,” Dr. Giordano said. “It is beneficial for the patients' overall well-being, as they deal with such a serious disease.”

-- AboutSbarro Health Research Organization conducts research in cancer, diabetes, and cardiovascular disease. Based in Philadelphia, Pennsylvania on the campus of Temple University, our programs train young scientists from around the globe.