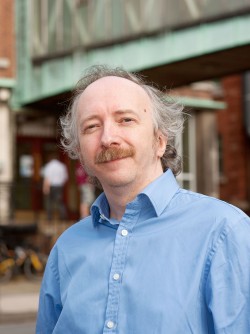 Newswise — Researchers from Evidence Aid based at Queen’s University Belfast have joined international efforts in Nepal following the devastating earthquake in which 5,000 people are known to have died and more than 10,000 have been injured.

Evidence Aid, led by academics at Queen’s University is an international initiative set up to provide the latest evidence on the effects of interventions before, during and after disasters and other humanitarian emergencies. It helps people distinguish what works from what doesn’t work, and to avoid what might be harmful. Today Evidence Aid is providing much needed knowledge support to health workers in Nepal. Through its key partners in the region and in international agencies such as the United Nations and World Health Organisation, it’s providing evidence-based resources to help focus relief efforts.

Evidence Aid provides free access to reliable, independent summaries of the effects of different interventions, actions and strategies. Many of these come from the Cochrane Collaboration, the foremost source of robust research evidence for healthcare globally. Evidence Aid was founded by Cochrane’s former global chair, Professor Mike Clarke, now at Queen’s University Belfast, the day after the Indian Ocean tsunami on Boxing Day 2004.

Professor Mike Clarke, based in the Centre for Public Health in Queen’s University Belfast said “The people of Nepal need to receive effective aid, based on robust evidence. We’re making this information available free to all, helping people make the best possible decisions and choices amidst the chaos and the devastation.”

The information is available free from the Evidence Aid website. It covers injuries, mental health and water-borne diseases; as well many other health topics relevant to the recovery of the tens of thousands of people affected by the earthquake. Whether someone’s got a computer or a smartphone, they can get the knowledge. It shows, for instance, that although you’re usually as safe washing a wound with tap water as with expensive sterile saline; if clean, drinkable water is precious after a disaster, there are better uses for it. It’s obvious, really, but chaos can get in the way of clear thinking. As another example, if you’re worried about post-traumatic stress disorder or PTSD among the survivors, the evidence shows that a type of psychological counselling known as brief de-briefing is probably useless, if not harmful.

Since the earthquake, Evidence Aid has been in contact with members of the Cochrane Collaboration based in Nepal and, through them, frontline health workers in the country. It is also working through its partners in national and international agencies, to get the message to the response teams who are already there or on their way.

Claire Allen, Knowledge Manager for Evidence Aid said "We got in contact with colleagues in the region as soon as we heard about the earthquake. They’re telling us how useful the resources are and how they are being shared."

About Evidence AidEvidence Aid is an international initiative to improve access to the findings of high quality research and to place it in the disaster context. It takes systematic reviews that may have come from well-resourced settings and helps to deliver knowledge on what to do in situations that are far from that, such as after a disaster. It tries to transfer knowledge that might have come from studies in emergency rooms in the US, where there might be hours to deal with a casualty, to situations where dozens of people with broken limbs and other injuries are queuing outside in the open. Evidence Aid was founded after the Indian Ocean Tsunami of December 2004 and works with partners across the humanitarian and evidence sectors, including the WHO, Save The Children and Medicines Sans Frontieres, highlighting relevant reviews, providing context specific summaries and compiling bundles of information resources for disasters and other emergencies, such as the Nepal earthquake. Its small team is spread across the world, but there is a focal point in Queen’s University Belfast, where some of the reviews are being prepared. Find out more at www.EvidenceAid.org and on twitter @EvidenceAid

About CochraneCochrane is a global independent network of researchers, professionals, patients, carers and people interested in health. Cochrane produces reviews which study all of the best available evidence generated through research and make it easier to inform decisions about health. These are called systematic reviews. Cochrane is a not-for profit organisation with collaborators from more than 120 countries working together to produce credible, accessible health information that is free from commercial sponsorship and other conflicts of interest. Our work is recognised as representing an international gold standard for high quality, trusted information. Find out more at cochrane.org, Follow us on twitter @cochranecollab