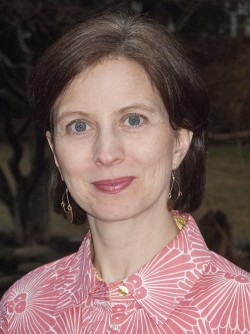 Newswise — BUFFALO, N.Y. – For years, parents of children with high blood lead concentrations have been advised by health experts to provide their kids foods rich in iron, calcium and vitamin C.

The research behind these dietary recommendations, however, is lacking, according to a new paper by a University at Buffalo researcher published online today (March 7) in the Journal of Pediatrics.

“We don’t have the right evidence base to be making these recommendations,” says the paper’s author, Katarzyna Kordas, an associate professor of epidemiology and environmental health in UB’s School of Public Health and Health Professions. “We need to be more up front with parents to say we don’t know whether this will work.”

The impetus for the paper came when a health worker contacted Kordas to inquire about dietary suggestions she could offer families affected by lead exposure. The case worker asked if there was such a thing as a “lead diet,” or food-based approaches that would effectively lower children’s blood lead concentrations. Kordas said to her knowledge none existed.

“That call was an important ‘aha’ moment for me as a researcher. This is a critical question we need to ask. If people in the field are asking what they should be recommending to parents, we as researchers need to examine that,” says Kordas, PhD, who has studied the health effects of exposure to various metals and chemicals both in the U.S. and abroad.

In addition, the Flint water crisis, in which high levels of lead were discovered in the water supply in that Michigan city in 2014, showed that lead remains an issue in the U.S., albeit not as significant as it once was.

The Centers for Disease Control and Prevention provide some of the most commonly referenced suggestions on managing elevated blood lead levels in children. The CDC recommends eating foods rich in iron, calcium and vitamin C. “Overall, though, it’s very vague, so it’s not surprising that there is some confusion out there,” Kordas said.

Because of the way these other elements interact with and, in some cases, counteract lead, public health experts surmised that diets rich in these nutrients might help a person reduce their blood lead levels. But, Kordas says, “There’s a difference between saying ‘I’m going to try this even though I don’t know if it will work’ and ‘I’m going to try it because I believe that it’s going to work’. I don’t think it’s just semantics.”

The only telltale signs of lead exposure in children occur at extremely high levels – well above the actionable threshold of 5 milligrams per deciliter – which is why it’s important that parents have their kids tested for it at a pediatrician’s office. Still, between 2004 and 2010, only 1o to 18 percent of children in the U.S. were tested for lead exposure, according to the CDC.

The threat of lead exposure has waned in the U.S. with the elimination of paints and gasoline that once contained the element. However, the nation’s aging infrastructure — think corroding pipes and other plumbing materials — underscores the fact that lead remains a public health problem, as evidenced in Flint, Michigan, three years ago, Kordas says.

“Flint made a lot of people realize that lead continues to be a problem, and it’s clearly something that frontline health workers are still facing and need information on.”