Newswise — Excessive discussion of problems between adolescent friends may lead to depression and anxiety, according to research published in the February issue of the Journal of Adolescence. In their article, "Clarifying co-rumination: Associations with internalizing symptoms and romantic involvement among adolescent girls," Lisa R. Starr, M.A., doctoral candidate in clinical psychology at Stony Brook University and Dr. Joanne Davila, Associate Professor in the Department of Psychology at Stony Brook University show that excessive discussion of problems within friendships, including repeated conversations, conjecture about causes, and heightened focus on negative emotions, is associated with depressive symptoms among early adolescent girls, especially those who have had romantic experiences.

Davila and Starr find this type of excessive discussion known as "co-rumination" may constitute an important piece to the puzzle as to why early romantic experiences are linked to depression. The research was supported by a grant from the National Institutes of Mental Health and additional funding from Stony Brook University.

"The abundance of communication technology available to teens today creates an enabling environment for co-rumination," says Starr. "Texting, instant messaging, and social networking make it very easy for adolescents to become even more anxious which can lead to depression."

Using the Co-Rumination Questionnaire (Rose, 2002), a 27-item self-report inventory, the authors evaluated 83 early adolescent girls in 7th and 8th grade from three school districts in Suffolk County, New York. The authors selected 7th and 8th graders because that is the age when the risk for depression in girls starts to increase.

"We wanted to start the process at its beginning and follow them over time to see what happens," said Dr. Davila.

The survey covers nine content areas: frequency of problem discussion; tendency to talk about problems rather than doing other activities; how much the adolescent encourages her friends to discuss problems; how much the adolescent's friends encourage her to discuss problems; the tendency to repeatedly revisit the same problems; a debate about potential causes of problems; estimating the consequences of problems; conjecture about aspects of the problem that are not understood; and heightened focus on negative emotions.

"Co-rumination may lead to depressive symptoms if it interferes with effective problem solving," said Starr. "In contrast, if adolescents and their friends have strong problem-solving skills, repetitive focus on problems may allow them to generate solutions."

Starr goes on to say that girls with active romantic lives who tend to co-ruminate experience increases in depressive symptoms over time.

"We know that being romantically active in adolescence can be challenging or stressful for young girls. So, girls may be co-ruminating about their romantic experiences, and doing that, rather than problem solving, may increase their risk for feeling depressed."

"More research is needed," says Dr. Davila. "We must further examine how co-rumination impacts friendship networks to determine whether it may strain or strengthen relationships and the conditions under which it may do so. 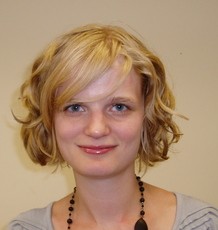