As little as 20 minutes three times per week is enough to enhance brain activity. 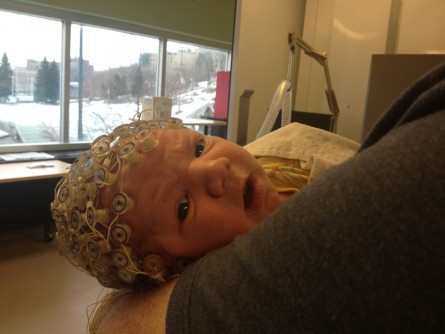 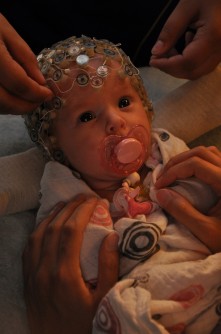 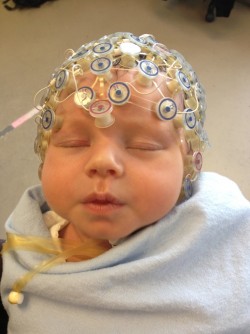 Newswise — MONTREAL and SAN DIEGO, NOVEMBER 10, 2013 – As little as 20 minutes of moderate exercise three times per week during pregnancy enhances the newborn child’s brain development, according to researchers at the University of Montreal and its affiliated CHU Sainte-Justine children’s hospital. This head-start could have an impact on the child's entire life. “Our research indicates that exercise during pregnancy enhances the newborn child’s brain development,” explained Professor Dave Ellemberg, who led the study. “While animal studies have shown similar results, this is the first randomized controlled trial in humans to objectively measure the impact of exercise during pregnancy directly on the newborn’s brain. We hope these results will guide public health interventions and research on brain plasticity. Most of all, we are optimistic that this will encourage women to change their health habits, given that the simple act of exercising during pregnancy could make a difference for their child’s future.” Ellemberg and his colleagues Professor Daniel Curnier and PhD candidate Élise Labonté-LeMoyne presented their findings today at the Neuroscience 2013 congress in San Diego.

Not so long ago, obstetricians would tell women to take it easy and rest during their pregnancy. Recently, the tides have turned and it is now commonly accepted that inactivity is actually a health concern. “While being sedentary increases the risks of suffering complications during pregnancy, being active can ease post-partum recovery, make pregnancy more comfortable and reduce the risk of obesity in the children,” Curier explained. “Given that exercise has been demonstrated to be beneficial for the adult’s brain, we hypothesized that it could also be beneficial for the unborn child through the mother's actions.”

To verify this, starting at the beginning of their second trimester, women were randomly assigned to an exercise group or a sedentary group. Women in the exercise group had to perform at least 20 minutes of cardiovascular exercise three times per week at a moderate intensity, which should lead to at least a slight shortness of breath. Women in the sedentary group did not exercise. The brain activity of the newborns was assessed between the ages of 8 to 12 days, by means of electroencephalography, which enables the recording of the electrical activity of the brain. “We used 124 soft electrodes placed on the infant's head and waited for the child to fall asleep on his or her mother's lap. We then measured auditory memory by means of the brain’s unconscious response to repeated and novel sounds,” Labonté-LeMoyne said. “Our results show that the babies born from the mothers who were physically active have a more mature cerebral activation, suggesting that their brains developed more rapidly.”

The researchers are now in the process of evaluating the children’s cognitive, motor and language development at age 1 to verify if these differences are maintained.

Video and ImagesA wide variety of broadcast quality video and print resolution photos are available at no cost to the media. Further images are available. Image consent has been obtained and copies of written release are available on request. Images feature study participants. Credit: Universite de Montreal.

About the researchersDave Ellemberg, Ph.D. and Daniel Curnier, Ph.D., are professors at the University of Montreal’s Department of Kinesiology. Elise Labonte-LeMoyne is a Ph.D. candidate in the same department. Ellemberg is also affiliated with the Centre hospitalier universitaire Sainte-Justine Research Centre. The University of Montreal is officially known as Université de Montréal. 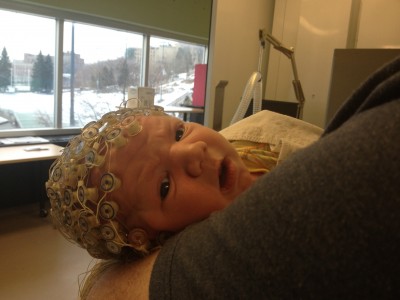 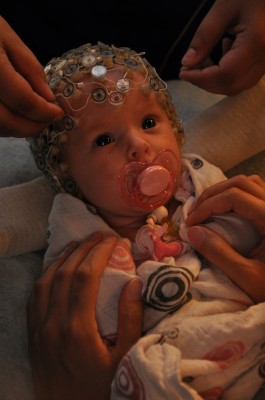 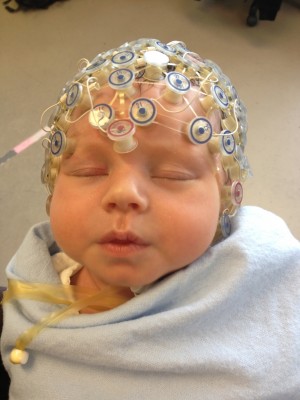