Exercising While Sick Can Do More Harm than Good, Says USciences Prof 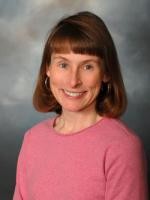 University of the Sciences

Karin Richards, acting chair of the Department of Kinesiology

Newswise — With the flu and cold season in full swing, kinesiology professor Karin Richards, at University of the Sciences in Philadelphia, said many people tend to ignore their symptoms to keep on track with their fitness resolutions for the New Year. In fact, Richards said working out while under the weather can actually do more harm than good for individuals looking to shed a few pounds and adopt healthier lifestyles.

“Depending on where a person experiences symptoms of illness can make or break his or her workout and recovery,” said Richards, acting chair of the Department of Kinesiology. “For instance, those who experience above the neck symptoms such as stuffy noses and sneezing are generally fine to continue their exercise routine. However, those with symptoms below the neck such as a fever, nausea, and muscle aches are urged to stay in bed and recover.”

To date, the flu has claimed the lives of three Philadelphians as the number of infections have begun to climb in the city. So far this flu season – which runs from Sept. 20 to May 18 – 66 cases of the influenza virus have been confirmed in Philadelphia. That’s why Richards said it is vital for sick people to resist the urge to exercise, and stay home from fitness centers as the flu is easily spread in these types of environments.

However, in an effort to keep individuals experiencing minor cold symptoms in line with their fitness goals, Richards compiled a list of exercise tips to help them stay healthy and active:

•Take it easy. Lower the intensity of a regular workout. For instance, if an individual is used to running, he or she is encouraged to walk. •Stretch out. Sometimes yoga and gentle stretches can make an individual feel better and relieve congestion and pressure. Yoga Journal suggests positions such as supported bridge, legs up the wall, and standing forward bend aid congestion. When battling sinus pressure, Richards said she places her fists over each other and rests her forehead on them when practicing the downward dog position.•Be courteous. While the sniffles should not be an excuse to not exercise, Richards said to use common courtesy and avoid sneezing and coughing all over the gym equipment. She urges individuals to work out at home or outdoors until they are free of their symptoms.•Stay active year round. One of the best preventative measures to avoid sickness is regular physical activity.

While halting an exercise regime while sick might seem like a giant setback, Richards said most individuals can get back into their routines fairly quickly once they have fully recovered.

“There is a fine line between a minor cold and the flu, and it’s important for individuals to stay in tune with their bodies,” said Richards. “A person’s body is stressed when fighting the infection, so placing additional stress through intense exercise only suppresses the immune system even more.”

“Of course, individuals are encouraged to seek the advice of their primary care physician or a healthcare professional if they have any questions regarding continuation or resumption of their exercise routine if they are sick,” she added.

At University of the Sciences, students embark on a challenging learning experience in a proving ground for successful professionals in the science and healthcare-related fields. A private institution dedicated to education, research, and service, and distinguished as the North America’s first college of pharmacy, the University has produced leaders in the science and healthcare marketplaces since its founding in 1821. Students in USciences’ five colleges learn to excel in scientific analysis and to apply their skills to improving healthcare in the lives of people worldwide through such disciplines as pharmacy, biology, chemistry, psychology, physics, physical therapy, healthcare business, and health policy. For more information, visit usciences.edu.