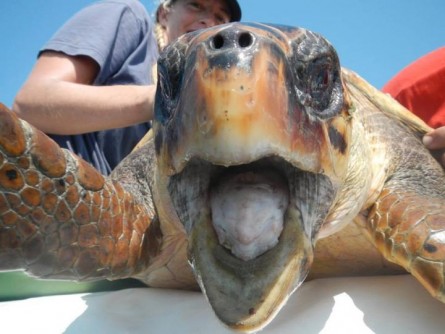 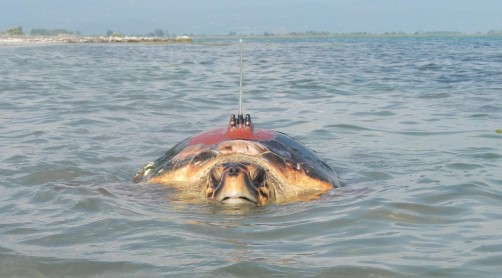 Newswise — A long-running research and conservation project is helping save an at-risk species of turtle.

Work to protect loggerhead turtles in and around Greece has been undertaken for over 30 years by local NGO ARCHELON, the Sea Turtle Protection Society of Greece, and as part of the project scientists from the University of Exeter have tagged and tracked hundreds of turtles in the Amvrakikos Gulf.

Loggerheads were officially listed as "endangered" until last year, when the species was given the lower threat level of "vulnerable" on the IUCN Red List of Threatened Species.

"The situation of loggerheads has improved thanks to concerted conservation efforts, but there's more work to do if we want to see continued improvement," said Dr Alan Rees, of the Centre for Ecology and Conservation on the University of Exeter's Penryn Campus in Cornwall.

"Previous studies have generally involved tagging female turtles on nesting beaches, but that method doesn't give us information on males and juveniles.

"For this research we studied turtles in their foraging area and used flipper tagging, satellite tracking and genetics to establish where they had come from and where they go when moving from where we found them."

The results of the research, published in the journal Marine Biology, show most of the 700 loggerheads observed in the Amvrakikos Gulf came from nesting populations within 125 miles (200km).

But the scientists were surprised when one female travelled ten times as far, swimming well over 1,000 miles - first to Syria and then to Turkey to breed.

"The thing that baffles me is that they generally migrate in the spring but this turtle moved in the summer," said Dr Rees, who also works for ARCHELON.

"It arrived in Turkey in the autumn, stayed over winter then moved to the nearby breeding area the next year.

"Perhaps it left nine months early to make sure it arrived in time for breeding, which was probably sensible as its original journey took it hundreds of miles out of its way."

Mediterranean loggerheads, most of which nest in Greece, Turkey, Cyprus and Libya, are one of ten sub-populations of the species worldwide.

Many loggerheads travel far away from where they hatch, but they return to that area to breed. 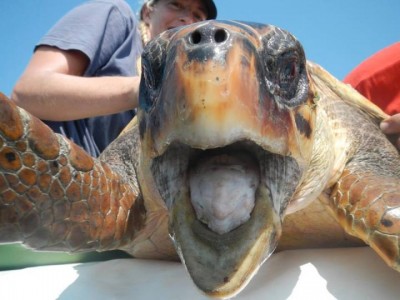 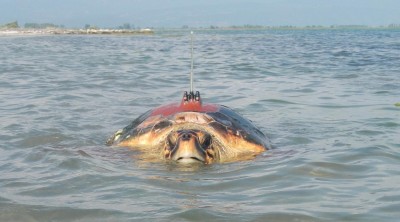