Expert: Eliminating use of trans fat easier said than done 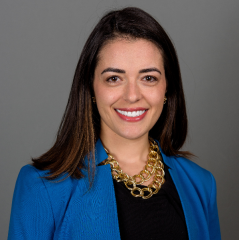 Beginning today, all food in the United States must be made without trans fat, the culmination of a multiyear campaign to eradicate the harmful ingredient.

In the 1990s, researchers began to link trans fat to health problems, including deadly high cholesterol. As the evidence began to accumulate, the U.S. Food and Drug Administration required the food industry to declare the amount of trans fat on food labels in 2006, and nine years later, the agency banned manufacturers from adding trans fat to any products by June 18, 2018.

Many other countries also have banned trans fats, including Canada, England and Denmark. But they are still widely used in developing countries, where they contribute to high rates of cardiovascular disease.

Because of that, the World Health Organization (WHO) recently launched a campaign calling for trans fats to be eliminated from the global food supply by 2023, potentially saving 10 million lives.

Answer: Emerging countries are not like the U.S. or the U.K., where we have a lot of wealth in our borders. A larger portion of their budgets is allocated to food. Some recent research showed that in some emerging countries, they spend 30, 40 or 50 percent of their overall gross domestic product on food, and it’s largely going to carbohydrate-dense food like bread and pasta, and also to processed food.

A lot of these countries rely on processed food because they’re dealing with inefficiencies in distribution and in the supply chain. How do you feed a growing population and have food that’s preferred in their culture? It has to be stored for a long period of time.

Q: So how can they eliminate trans fats?

A: The food-processing companies will have to reformulate their products, and they’ll have to come up with another fat that will not change the flavor and will withstand the transportation process. The best fats for that are actually animal fats. At room temperature, they’re solid because they’re saturated. Unsaturated fats are predominantly vegetable oil or canola oil but to make them solid at room temperature, you have to hydrogenate them. That turns them into trans fats.

Q: Will the guidelines persuade food manufacturers to change their processes?

A: The big global companies can use their economies of scale no matter where they are shipping. They’re more vertically integrated, they have relationships with growers and producers, sourcing networks and distribution networks that are more robust.

But where I think the emerging countries will have more of a question mark is the local producers. They’re the ones that can’t benefit from economy of scale like the global manufacturers. They’ll have to differentiate themselves in some way and not increase costs too much.

The local companies will wait to see what the response is. If the push is to stop using trans fats because the science shows it’s catastrophic for human health, they’ll have to meet those demands.

Q: The WHO guidelines call for public education about the health effects of trans fats to encourage producers to stop using them. Is that an effective method?

A: Education programs are costly and in some cases they won’t lead to behavior change.

We can put a grocery store in a food desert and think, "That will be great, everyone will go there and we’ve solved the problem." But we’re not changing behavior.

Programs directed to youth are shown to be the most effective because they’re still shaping their behavior. You’re getting them at a time when they’re still learning.

It has to be a multifaceted approach — an education program coupled with a good marketing platform, where you’re introducing good signage, bright colors, promotions.

That might not be replicable across every single region and every single country. Cultural differences can dictate the success of some programs, even among regions within a country.

The sticky part is what happens in the next three to five years after the program rolls out. How do you get people who are accustomed to a certain way of doing things to understand that there’s a health benefit when you remove this from your diet?

Q: Do you think the WHO campaign will work?

A: Food manufacturers will be highly encouraged to change, and maybe they’ll do it, but they will make sure they’re cutting their costs as much as possible to make a profit and be competitive.

It’s complicated but the food industry is so consumer-driven and if the consumers hear that they should be avoiding trans fats, it might be enough to pay attention to the guidelines that WHO is putting out.