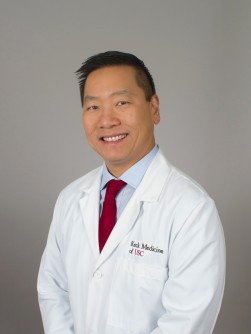 Liu, professor of clinical neurological surgery at the Keck School of Medicine of USC and director of the USC Neurorestoration Center, can explain neuropathological features of CTE and the consequences of repetitive head trauma in football.

Liu is the principal neurosurgical consultant for the USC Trojans Athletics Department and a neurosurgical liaison for the Rose Bowl Game. He holds an MD from Yale University and a PhD in Chemical/Biomedical Engineering from Rice University. He trained in neurosurgery at the University of Southern California Affiliated Hospitals and completed a research visitorship in chemical engineering at the California Institute of Technology.

Liu has received numerous research awards, served many visitorships and delivered invited lectures around the world. He is editor-in-chief of the Journal of Clinical Neuroscience and serves on the editorial board of several neurosurgery and clinical neuroscience journals.