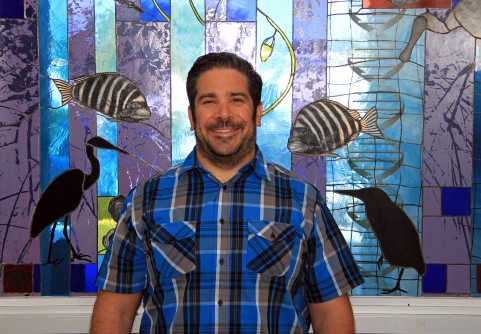 Newswise — Matt Ajemian, Ph.D., assistant research professor at Florida Atlantic University’s Harbor Branch Oceanographic Institute, is an expert in shark ecology (prey capture, attack strategy, migration, and habitat use). He has worked with a multitude of subtropical (hammerheads, tigers, among others) and temperate such as mako) species, and has expertise in tagging and tracking the behavior and movement of these top predators.

Over the course of his career, Ajemian has developed expertise in ichthyology, ecology, and fisheries science and has covered topics such as feeding ecology, habitat use, movement behavior, fisheries impacts, and bycatch. He now leads the Fish Ecology and Conservation Lab at FAU-HBOI, and as lead PI he develops, conducts, and directs research.

Ajemian earned a Ph.D. in marine science at the University of South Alabama and Dauphin Island Sea Lab in 2011, and spent four years as a post-doc and research scientist with the Center for Sportfish Science and Conservation at the Harte Research Institute for Gulf of Mexico Studies, Texas A&M University-Corpus Christi. He also mentors students admitted into Florida Atlantic University's graduate programs in biology, marine science, and environmental science, as well as undergraduates in the "Semester By the Sea" program at HBOI.