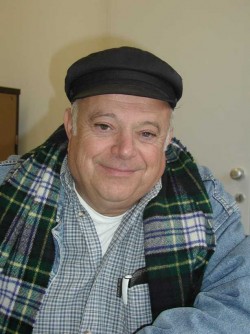 Courtesy of the University of Haifa

The American Medical Association (AMA), the largest association of medical physicians in the USA, recently announced its new policy recognizing adverse health effects of exposure to light at night and encouraging further research into the matter.

A prominent researcher in the field is Prof. Abraham Haim of the University of Haifa, Israel, whose studies have been published in peer-reviewed international journals and have taken prominence in public discourse on the matter.

This internationally recognized researcher’s work (together with colleagues and students) has shown the pollutive and harmful properties of various forms of light at night, mainly those of short wave length illumination known as “Eco-Friendly Illumination“.

The AMA, which has supported President Obama’s healthcare reform, announced that it has “adopted policy recognizing that exposure to excessive light at night can disrupt sleep, exacerbate sleep disorders and cause unsafe driving conditions. The policy also supports the need for developing lighting technologies that minimize circadian disruption and encourages further research on the risks and benefits of occupational and environmental exposure to light at night.”

Prof. Haim and researchers at The Israeli Center for Interdisciplinary Research on Chronobiology at the University of Haifa are looking for ways to develop what they call Sustainable Illumination.