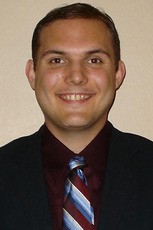 Newswise — Combining data from annual large-scale surveys in 1993-2001 and 2003-2006 by the Centers for Disease Control and Prevention, researchers found that the adult prevalence of frequent mental distress (FMD) in the United States was 9.4% overall, ranging from 6.6% in Hawaii to 14.4% in Kentucky.

The results are surprising to many people, who think of regions with large urban centers as the most stressful places to live. Yet the people reporting the highest rates of FMD are in Kentucky and surrounding states. Factors including poor health, low income and stressful life events such as job loss are implicated in the findings.

Psychologist C. Nathan DeWall of the University of Kentucky, who has been widely quoted in the media and who writes a blog for Psychology Today, is available to discuss why Kentuckians are so stressed out.