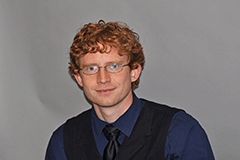 Comedian Ricky Gervais has created a firestorm around a photo of a hunter posting with a dead giraffe, apparently on a safari hunt.

The comedian used his social media account to draw attention to what he believed is an unjust killing of a wild creature. In doing so, he has put a spotlight on the person in the photograph, turning the internet's attention to her and her private life.

Jason Manning, associate professor of sociology and anthropology at West Virginia University, recently detailed the rise of "microaggressions" online. He is available to add context to this and similar stories.

"Microaggressions" are actions where people jump on perceived slights or remarks on social media and rally for support to people who otherwise wouldn't hear their opinions. Another such instance is the European Space Agency scientist who was forced to apologize for his choice of attire the day the ESA landed a vessel on a moving comet.