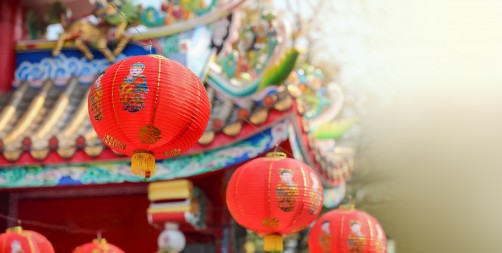 Newswise — Dr. Jianguo Chen, an associate professor of Chinese at the University of Delaware, is available to discuss the history, traditions and meanings behind the symbols and rituals of Chinese New Year.

Chinese New Year, which will be celebrated on Friday, Feb. 16, is more commonly known as the Spring Festival (Chūnjié) in China, as well as in other East Asian and Southeast Asian countries such as Korea, Japan, Vietnam, Singapore, Malaysia, Thailand, Indonesia, Mauritius and the Philippines.

Dr. Chen shared the following regarding the annual festival:

- This holiday is believed to have originated during the Shang Dynasty (1600 BC – 1100 BC) as a spring carnival in which people offered sacrifices to gods and ancestors at the end of the winter, welcoming the arrival of the spring. It was made a public holiday in 1914 during China’s Republican period and was reinstituted by the government of the People’s Republic of China in 1949.

- The last day of the 15-day celebration is the Lantern Festival. Before the Chinese New Year comes, it is customary for people to completely clean their houses to get rid of bad fortune from the old year and decorate their tidy houses, all with an atmosphere of rejoicing and celebration. Couplets, folk painting, paper-cuts, festive scrolls, lanterns, as well as other festive decorations in bright red, are seen everywhere. Bright red is the preeminent color of festivity, symbolic of good health and fortune, wealth, prosperity and longevity.

- Holidays are about eating, and the Spring Festival is particularly so. The Chinese traditionally prepare sumptuous feasts during the holiday, featuring fish, pork, chicken and duck, in addition to various kinds of fruit, candies and nuts. Dumpling (jiǎo zi) is a must, particularly in northern China.

- Various kinds of celebratory activities, sponsored either by the government or communities, are held, featuring the traditional lion dance, dragon dance and drum performance.

- During the holiday, the Chinese greet each other with blessing words like “恭喜发财” (gōng xǐ fā cái in Mandarin) or (Kung hei fai choi in Cantonese), meaning “Wishing you a happy and prosperous Chinese New Year!” It is a special occasion for people to express good wishes to each other and to forgive, leaving behind all grudges and animosity from the old year.

- Typically, on the first day of the festival, people would pay a visit to their elderly and respected by offering good wishes, whereas the elderly and senior would give gift money in red envelopes, known as hónɡ bāo. Recently, greetings sent by telephone, particularly by WeChat Wēixìn (a Chinese multi-purpose social media mobile application software) have become popular.

- The Chinese New Year ends with the Lantern Festival, which is celebrated by various kinds of activities, including folk dance, eating yuánxiāo (glutinous rice balls with various kinds of delicious fillings), playing games of riddle, and organizing festive parades enhanced by lustrous lanterns of various styles. This festival is sometimes known traditionally as China’s Valentine’s Day when singles hope to meet with a companion. Needless to say, setting off firecrackers is an important part of the Chinese New Year and also of the Lantern Festival.

- On the lunar Chinese calendar each year is represented by a zodiac animal. The Year 2018 is the Year of the Dog. In the Chinese Zodiac, the dog is a symbol of loyalty, responsibility, courage, sincerity, strength, trustworthiness, determination, perseverance, friendship, tenderheartedness, valiancy, and heroism.

To arrange an interview with Dr. Chen, send an email to [email protected].