Expert from the Largest Pediatric Craniofacial Program in the U.S. Raises Awareness of Young Patients with Facial Differences and Syndromes Like Treacher Collins 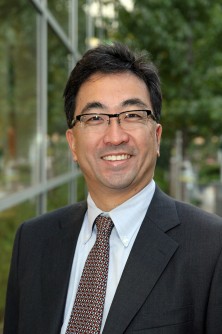 Newswise — As the best-selling book “Wonder” gains more traction with its film adaption so does the awareness of individuals with facial differences and especially for syndromes like Treacher Collins.

“Wonder” is a fictional novel turned into children’s book and film that focuses on a young boy named Auggie and his journey in a new school with a marked facial differences. He eventually teaches those around him to look past it, including himself. His loving parents and sister, as well as new found friends, envelope him on this journey.

Being the largest craniofacial program for children in the country, we talked with Mark Urata, MD, DDS, chief of Plastic and Reconstructive Surgery at Children’s Hospital Los Angeles to learn more about Treacher Collins Syndrome and other facial differences.

In the movie “Wonder,” what type of birth defect did Auggie have?

Mark Urata, MD, DDS: While there is no specific diagnosis discussed, the features of the main character, Auggie, are consistent with Treacher Collins Syndrome.

What is Treacher Collins Syndrome?

MU: It is a condition that affects the development of bones and other tissues of the face. There is great variability amongst affected individuals, but the facial bones are underdeveloped including the cheeks as well as a smaller jaw and chin. Additionally, the eyes have a downward slant appearance.

These children can be born with abnormalities of both the appearance of their ears as well as the function in terms of hearing.

Does the Craniofacial and Cleft Center of the Division of Plastic and Maxillofacial Surgery at CHLA treat children with Treacher Collins?

MU: Absolutely. The team of five dedicated surgeons and 25 team members are experts in the reconstruction of children born with Treacher Collins Syndrome. We treat many children from Southern California as well as out of state and international.

How has the team at CHLA been a part of  the movie “Wonder”?

MU: I, along with several patients, were invited to the world premiere at the Mann Village in Westwood, California. Simultaneously, our division hosted a premiere for our patients and their families at LA Live in downtown Los Angeles. Over 170 patients, family members and providers were in attendance.