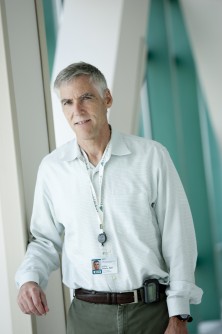 Newswise — William C. Black, MD, is member of Norris Cotton Cancer Center, professor of Radiology and of Community and Family Medicine, The Dartmouth Institute for Health Policy & Clinical Practice and The Geisel School of Medicine at Dartmouth.

The USPS Task Force recommendations follows the release of a technical report produced by the Cancer Intervention and Surveillance Modeling Network (CISNET), a consortium of National Cancer Institute (NCI) sponsored investigators who use statistical modeling to improve public health. Black served as an advisor to the CISNET consortium on the data gathered in a ten-year study he helped design called the National Lung Screening Trial (NLST), which provided much of the data supporting this recommended change in clinical practice.

In addition to helping design the NLST, Black also served on its executive committee and was principal investigator for the trial at Dartmouth-Hitchcock Medical Center (DHMC). Black’s firsthand experience as a radiologist who conducted a decade of lung cancer screens allowed him also to offer clinical knowledge about the principles of chest radiology to CISNET.

Black championed the idea of including decision aids for patients undergoing lung cancer screening. He urged his NLST co-investigators to create a patient and physician guide to explain the results of NLST with the help of fellow researchers Lisa Schwartz, MD, and Steve Woloshin , MD, Dartmouth risk communication experts. They went on to create another guide for Dartmouth Hitchcock that more specifically focused on the decision about whether to be screened with chest CT. Dartmouth college has television (satellite uplink) and radio (ISDN) studios available for broadcast interviews.