Expert on the Politics of the Olympic Games says Sochi 2014 "Rippling with Controversy." 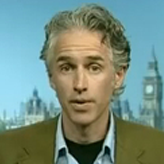 Jules Boykoff is the author of:

He can provide analysis on the upcoming Sochi Olympics. Some initial thoughts:

"The 2014 Winter Games in Sochi are rippling with controversy, from the anti-LGBT law that clashes with the Olympic Charter to the fact that the Olympics are being held in a region that's a geopolitical tinderbox."

"At the Sochi Games, the Olympic athletes promise to bring us astonishing feats of skill, strength, and poise. But away from the slopes, rinks, and half pipes, cut-throat politics and ruthless economics reign supreme."

He is available for phone interviews (503-352-2887) and will also be in New York on Feb. 4 for on-camera interviews before or after a panel discussion he will take part in.

In the 1980s and 1990s, Boykoff represented the US Olympic Soccer Team in international competition. He also played college soccer at the University of Portland and professionally for the Portland Pride.

He is a frequent contributor to The Nation and The Guardian (U.K.) among others. His writing on the Olympics has appeared recently in places like the The Guardian, The New York Times, Al Jazeera, and Dissent Magazine.

In addition to discussing the politics of the Sochi 2014 Winter Olympics, Dr. Boykoff can also talk about experiences as an Olympic-level athlete as well as Portland, Oregon's efforts to bid on the 1968 Summer Olympics.

Dr. Boykoff is also frequently cited for his research on the suppression of political dissent. Former vice president Al Gore referenced Dr. Boykoff for his analysis of how the mainstream news media has reported on global climate change.

He has written many columns on the issue.

His thoughts on the Occupy movement.

He is the author of the Suppression of Dissent.