Expert: Violence Will Only Escalate Ahead of Venezuela’s Referendum 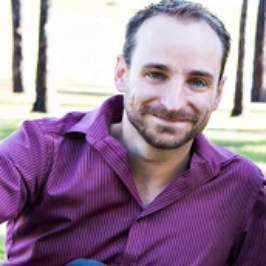 After more than a year of political battles based upon the increasing autocracy of Venezuelan president Nicolas Maduro, the situation is quickly coming to a head.

The 2015 elections left a divided government: on one side, Maduro, on the other, the opposition-controlled National Assembly. As the economy fell deeper into recession, inflation accelerated and shortages increased, the economic crisis became a social and political crisis as well.

In 2016, the country’s pro-president Supreme Court ruled constantly against the National Assembly’s constitutional prerogatives, slowly eroding the checks and balances dictated in Venezuela’s constitution. In a last attempt to change the regime, the opposition started pushing for a recall referendum as established in the constitution; however this also was canceled by pro-government lower courts.

The Supreme Court effectively eliminated the National Assembly at the end of March, which kicked off protests and demonstrations that have resulted in more than 80 deaths. In the aftermath, Venezuela’s chief prosecutor – once a government loyalist – has emerged as Maduro’s chief critic. The Supreme Court on Monday (July 3) stripped Luisa Ortega Díaz of her power to name her own deputy, instead imposing someone who has prosecuted some of Maduro’s most vocal opponents. The court also threw out her order for the former national guard leader to testify about human rights abuses during the protests and is expected to remove the attorney general next week altogether.

Maduro has called for a Constituent Assembly, with a planned July 30 vote, which would have powers to reform the constitution and supersede other institutions. On Monday, the opposition announced plans to hold an unofficial referendum on July 16. The symbolic vote is intended to show what recent surveys have, that 7 in 10 Venezuelans are against rewriting the constitution.

Thursday (July 6), Maduro said the new constitution will be approved by voters in a referendum after it is written. The promise – coming from the same man who recently said, “What we couldn’t accomplish through votes, we will with weapons” – is not likely to provide much reassurance.