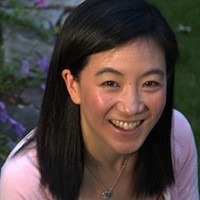 Hahrie Han, associate professor of political science at Wellesley College, is an expert on grassroots organizing.

Activist organizations around the country are mobilizing for the 2014-midterm elections, the 2016 presidential elections, and countless ballot initiatives and issue advocacy campaigns. To win, these organizations need people power. Wellesley College professor Hahrie Han is an expert on grassroots organizing and can comment on the strategies that can make an organization more successful in their efforts.

Han says: “Some organizations spend a lot of energy trying to find a charismatic leader, raise more money, or craft a catchy message. Others focus on leveraging big data to target likely recruits. These factors matter, but they miss something important. What really differentiates the organizations with the highest levels of activism from all other civic organizations is the way they invest in building the motivation, knowledge, and skills of their members.”

Hahrie Han is an Associate Professor of Political Science at Wellesley College and was a Robert Wood Johnson Foundation Scholar in Health Policy Research at Harvard University from 2009 to 2011. Her research focuses on civic associations, civic engagement, engagement organizing, political activism, health and environmental politics, polarization, and elections. She specializes in the field of American politics, focusing particularly on the role that civic associations play in mobilizing participation in politics and policy advocacy.

She is the author of How Organizations Develop Activists: Civic Associations and Leadership in the 21st Century (Oxford University Press, 2014), is the first to provide an in-depth look at the models and strategies civic associations use for engaging activists in the digital era. She is also the author of Groundbreakers: How Obama's 2.1 Million Activists Transformed Field Campaigns in America (co-authored with Elizabeth McKenna, forthcoming, 2014) which describes the strategies the 2008 and 2012 Obama campaign used to engage so many grassroots activists in communities across America, and Moved to Action: Motivation, Participation, and Inequality in American Politics (2009) which examines the ways in which people become motivated to participate in politics, looking particularly at means of engaging underprivileged populations in political action.

Han has consulted and conducted research with a wide range of civic and political organizations around the world including: the Sierra Club; Greenpeace; Mothers Out Front; MoveOn.org; Reform Immigration for America Now; ReThink Health; Doctors for America; the Counties Manukau District Health Board in Auckland, New Zealand; the Healthcare Improvement Unit at Cardiff University in Wales; and America's HealthTogether, among others. She was co-convenor of a Policy Advisory Committee for the 2008 Obama campaign and served as Chair of the Advisory Committee to the EAC Agency Review Team on the Obama-Biden Transition Team and also as National Issues and Policy Advisor to Senator Bill Bradley’s presidential campaign in 1999-2000.

Han received her Ph.D. in American Politics from Stanford University in 2005 and her B.A. in American History and Literature from Harvard University in 1997. She was a National Science Foundation Graduate Research Fellow from 2002-2005 and received Stanford University’s Centennial Teaching Award in 2002 and Wellesley College’s Apgar Award for Innovative Teaching in 2006. She is the daughter of Korean immigrants, grew up in Houston, Texas, and now lives in Arlington, MA with her husband and two living children.