New Guidelines: Athletes Should Only Drink When Thirsty 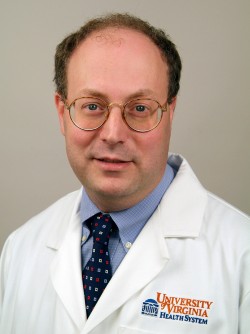 Newswise — CHARLOTTESVILLE, Va., July 9, 2015 – While the risks of dehydration are well known, new international guidelines seek to protect athletes from the serious health risks associated with drinking too many fluids while exercising.

Overhydrating with water or sports drinks can lead to a condition called exercise-associated hyponatremia (EAH), said Mitchell Rosner, MD, a kidney specialist at the University of Virginia School of Medicine who chaired the guideline development group. EAH occurs when the body has too much water relative to its salt level, Rosner said. When the salt level in the blood falls too low, he added, it leads to significant neurological problems and can be fatal.

Although EAH once occurred primarily among participants in endurance sports such as marathons and triathlons, Rosner said, physicians now see the condition in participants in a wider range of sports, leading to the new guidelines.

“We have documented at least 14 deaths [from EAH] since 1981, including two deaths last summer in young athletes playing football,” Rosner said. “The common feature in all cases is excessive water consumption during athletic events. This is driven by common misbeliefs that overhydration can improve performance and even prevent dehydration. It is worth noting that data demonstrates mild degrees of dehydration do not impair performance.”

Guided By ThirstThe key to preventing EAH, Rosner said, is to let your body tell you when you need a drink.

“We recommend using your thirst as a guide,” he said. “If you drink when thirsty, you will not become hyponatremic and you will not suffer from significant dehydration.”

Rosner said this recommendation applies whether athletes are consuming water or sports drinks. “Overdrinking a sports beverage will still lead to hyponatremia,” he said. “They contain small amounts of sodium that may lessen the risk very slightly, but they are still mostly water.”

Recognizing the SymptomsThe initial mild symptoms of EAH can include cloudy thinking, nausea and headaches, Rosner said. In severe cases, symptoms include seizures, severe confusion and coma. If coaches or parents suspect an athlete is suffering from EAH, the most important steps are to stop them from drinking and call for medical assistance.

For athletes with mild symptoms, limiting fluids and closely monitoring their condition will help them recover within a few hours, Rosner said, but more severe symptoms such as confusion require urgent medical attention.

International Guidelines PublishedThe new guidelines have been published in the Clinical Journal of Sports Medicine. Rosner was the chair of a group of 16 experts from four countries who drafted the guidelines.