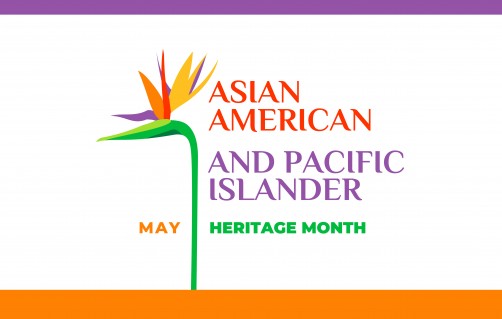 Newswise — New Brunswick, N.J., May 19, 2022 – The Asian American and Pacific Islander (AAPI) community collectively represents people of many different origins who speak a diverse array of languages and have unique cultural backgrounds. This population consists of approximately 50 ethnic groups with connections to Chinese, Japanese, Filipino, Vietnamese, Korean, Pakistani, Indian and other South Asian, Native Hawaiian, Guamanian/CHamoru, Polynesian, Samoan, and other Asian and Pacific Islander ancestries. This diversity is an important feature of the AAPI community. Yet despite this diversity, members are often aggregated into one group as “Asian/Pacific Islander” or “Asian American/Pacific Islander” (or “API” or “AAPI”). This can lead to an overgeneralization of health statistics and masking of potentially significant disparities between distinct cultural groups. This is indeed the case for cancer health disparities.

Cancer health disparities are often identified from population-based surveillance data routinely captured by statewide cancer registries. Antoinette Stroup, PhD, of Rutgers Cancer Institute of New Jersey, New Jersey’s only National Cancer Institute – Designated Comprehensive Cancer Center together with RWJBarnabas Health and Rutgers School of Public Health is the director of the New Jersey State Cancer Registry (NJSCR). As a native CHamoru from the pacific island of Guam, she identifies as a Pacific Islander and considers the disaggregation of cancer health statistics an important public health priority. She shares some insight on the topic from both professional and personal perspectives.

Q: According to the Centers for Disease Control and Prevention, cancer is the leading cause of death for the non-Hispanic Asian population. What statistical insights can you provide about cancer and disparities in this population?

When we look at cancer incidence patterns, particularly in New Jersey, cancer rates are significantly lower in APIs as a group compared to non-Hispanic whites, Blacks, and Hispanics. However, while cancer incidence rates are declining among API males, historical trends are showing that incidence rates have been increasing among API females by about 0.6 percent each year since 2000 when it was 278.8 per 100,000 women. By 2018, the rate would increase to 300 per 100,000. This is an important trend to note because cancer incidence rates among Black and Hispanic women in New Jersey have been declining during the same time period and rates among non-Hispanic white women are not increasing at the same rate (0.1 percent per year). This could be due in large part to the significant increases in breast, thyroid, and uterine cancers in API women. Research into whether these trends are similar across all Asian ancestries is underway at the New Jersey State Cancer Registry as part of a multidisciplinary team of investigators from Rutgers Cancer Institute, the Rutgers School of Public Health, Columbia University, the University of Southern California, and San Diego State University with exceptional knowledge in cancer disparities, demography, and cancer surveillance.

Q: What statistical information can you tell us about the AAPI community in New Jersey and why is it important to focus on this population?

According to the 2020 U.S. Census, New Jersey does not have a large contingent of Pacific Islanders, which is currently estimated at just 0.2 percent of New Jersey’s more than 9.3 million people. However, individuals who identified as Asian either as a single race or in combination with other races totaled 1,046,732, which is more than 10 percent of the total New Jersey population. This population is also fast growing. According to the U.S. Census, the non-Hispanic Asian population (alone or in combination with other races) grew by 31 percent in just 10 years from 2010 to 2020.

It is important to focus on this population because the Asian communities of New Jersey are often presented with unique challenges when seeking health care services such as cancer prevention, screening and treatment. Previous research has shown that in addition to financial and physical barriers such as lack of health insurance, high out-of-pocket expenses, and lack of transportation; the health care system is not well-equipped to equitably serve the Asian American community due to their wide diversity in language, health literacy, and cultural beliefs. Two-thirds of New Jersey’s Asian population is foreign-born, with a vast majority born in Asia (96 percent), so tasks like making appointments or communicating symptoms with physicians are often difficult without interpreters. According to the New Jersey Department of Health’s New Jersey State Health Assessment Data (NJSHAD), among New Jerseyans who speak a language other than English at home, about one-third to one-half of Arabic (32 percent), Gujarati (36 percent), Chinese (41 percent), and Korean (55 percent) speakers “speak English less than well”. Cultural beliefs also vary widely within the Asian community, especially among first generation men and women; and these cultural beliefs are known to impact how members of this community interact with the health care system. Health care interventions that meet the needs of each specific group in this population are greatly needed.

Q: Asian American and Pacific Islander (AAPI) Month is celebrated in May. How can we support health equity in the AAPI community all year long?

First and foremost, be aware that AAPIs are not a homogenous population. The AAPI diaspora are individuals who represent a wide variety of cultures with ancestries stemming from a vast Asian continent and, as is the case of Pacific Islanders, many oceans apart. Also, as researchers, clinicians, and public health professionals we must think about how our work will impact underserved AAPI communities – those who are first generation, non-English speaking, elderly. Are we facilitating equity and inclusion in all facets of cancer care including screening and prevention programs, clinical trials, and surveillance? Until we do, we won’t be able to say that we serve all New Jerseyans.