Research could provide a pathway for prostate cancer therapeutics 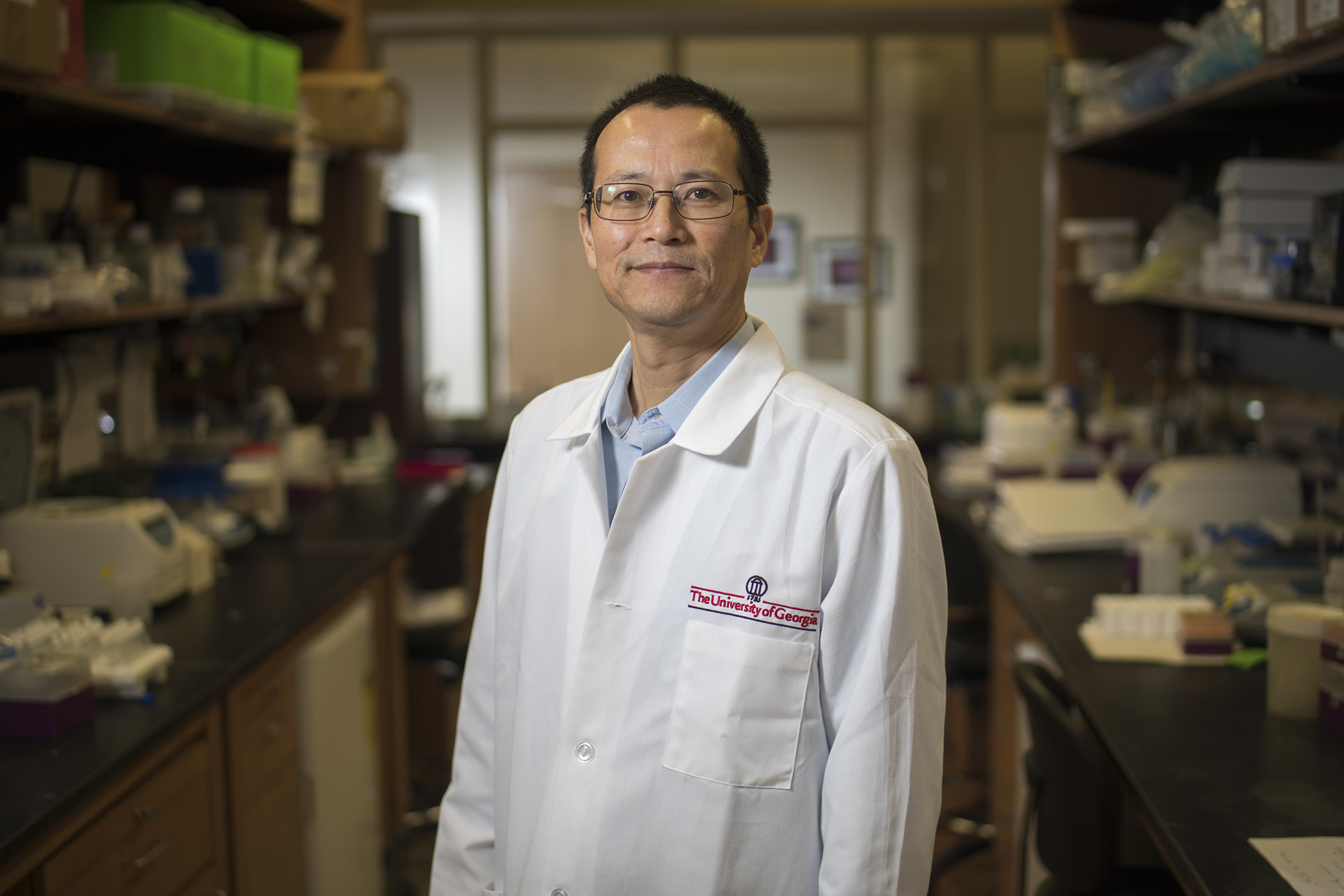 Houjian Cai, associate professor in the College of Pharmacy

Newswise — Research by a University of Georgia scientist sheds light on how two genes factor into prostate cancer cells becoming resistant to treatment, providing a potential new target for therapeutics.

The two genes, ACSL3 and ACSL4, are from the same family and help cancer cells grow, according to Houjian Cai, associate professor in the College of Pharmacy. He and a team of researchers found that the genes function in an interconnected way, similar to the concept of yin and yang.

Prostate cancer is the second leading cause of cancer deaths among men in the United States, according to the Centers for Disease Control. Castration treatment, the primary therapy used to fight prostate cancer, suppresses the male hormone that helps the cancer grow. With this therapy, expression of the ACSL3 gene typically becomes low, according to Cai.

But over time, prostate cancer can become resistant to castration treatment, and when that happens, expression of the ACSL4 gene becomes high. The researchers found that when one gene becomes high, the other becomes low, and sometimes the roles are reversed.

“In the early stage of cancer, ACSL3 is high and ACSL4 is low. With castration treatment, expression of the ACSL3 gene becomes low, but ACSL4 becomes high,” Cai said. “In order to treat the cancer cells effectively, you have to somehow simultaneously target the pathway driven by these two genes.”

In the study, published in Molecular Cancer Research, the team explored the function of ACSL4 using cancer cell lines that were resistant to castration treatment. The researchers suppressed the ACSL4 gene and examined how the cancer cells responded. In addition, they used a mouse model and inhibited ACSL4 expression to see if tumors in mice would regress. The results were the same for each method—inhibiting the ACSL4 gene suppressed the cancer cells.

“Identifying the ACSL4 gene as a target for castration treatment-resistant prostate cancer is the first step,” Cai said. “The next step is to find a drug that will inhibit the gene.”

The study was published in Molecular Cancer Research and selected by the editors to be featured in a section of highlighted articles. Co-authors include Yongjie Ma, Xiaohan Zhang, Omar Awad Alsaidan, Xiangkun Yang, Essilvo Sulejmani, Junyi Zha, Hanwen Huang, Michael Bartlett and Zachary Lewis at the University of Georgia, as well as Zanna Beharry at the University of the Virgin Islands.

Note to editors: A photo of Cai is available online at

This release is available online at https://news.uga.edu/how-prostate-cancer-cells-resist-treatment/