Among women of reproductive age, exposure to mercury at levels generally considered safe associated with markers of immune system disorders 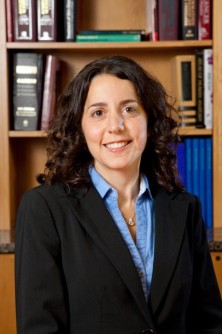 Emily Somers, Ph.D., Sc.M, is an associate professor at the University of Michigan Medical and Public Health Schools.

Newswise — ANN ARBOR, Mich. — One of the greatest risk factors for autoimmunity among women of childbearing age may be associated with exposure to mercury such as through seafood, a new University of Michigan study says.

The findings, which appear in Environmental Health Perspectives, found that mercury – even at low levels generally considered safe – was associated with autoimmunity. Autoimmune disorders, which cause the body's immune system to attack healthy cells by mistake, affects nearly 50 million Americans and predominately women.

“We don’t have a very good sense of why people develop autoimmune disorders,” says lead author Emily Somers, Ph.D., Sc.M, an associate professor in the departments of Internal Medicine in the division of Rheumatology, Environmental Health Sciences, and Obstetrics & Gynecology at the U-M Medical and Public Health Schools.

“A large number of cases are not explained by genetics, so we believe studying environmental factors will help us understand why autoimmunity happens and how we may be able to intervene to improve health outcomes. In our study, exposure to mercury stood out as the main risk factor for autoimmunity.”

Autoimmune disease – which can include such conditions as inflammatory bowel disease, lupus, Sjögren’s syndrome, rheumatoid arthritis and multiple sclerosis – is among the 10 leading causes of death among women.

Researchers analyzed data among women ages 16-49 from the National Health and Nutrition Examination Survey from 1999-2004. Greater exposure to mercury was associated with a higher rate of autoantibodies, a precursor to autoimmune disease. Most autoimmune diseases are characterized by autoantibodies, proteins made by a person's immune system when it fails to distinguish between its own tissues and potentially harmful cells.

Many fish consumption recommendations are aimed at pregnant women, those who may become pregnant, nursing moms and young children. The Food and Drug Administration (FDA) and the Environmental Protection Agency (EPA) say pregnant women can safely eat up to 12 ounces (340 grams) of seafood a week. Fish such as swordfish, king mackerel and tilefish contain the highest levels of mercury while shrimp, canned light tuna and salmon have lower levels. Authors note there are many health benefits to seafood, a lean protein packed with vital nutrients. However, the findings provide further evidence that women of reproductive age should be mindful of the type of fish they’re eating.”

“For women of childbearing age, who are at particular risk of developing this type of disease, it may be especially important to keep track of seafood consumption.”