Simulation of cooking conditions in a domestic kitchen 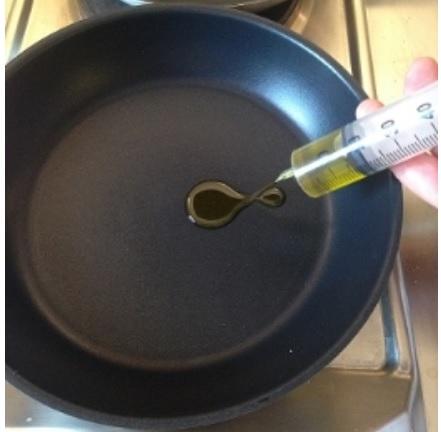 Researchers simulated the cooking conditions of a domestic kitchen. The aim was to see how the homemade sauté affects the polyphenols of extra virgin olive oil. 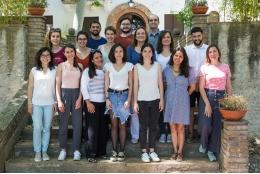 The study counts on the participation of a team of researchers from the Faculty of Pharmacy and Food Sciences of the University of Barcelona.

Newswise — Consuming extra virgin olive oil has proved to have protecting effects for the health, especially due to its antioxidant content. However, there are not many studies on whether it is the best oil to use when cooking. A study by the University of Barcelona stated this kind of oil keeps the levels of antioxidants -regarded as health- when used for cooking, a common technique in the Mediterranean cuisine. These results could be relevant for future recommendations or nutritional guidelines.

The study, published by the journal Antioxidants, counts on the participation of a team of researchers from the Faculty of Pharmacy and Food Sciences of the UB, the Physiopathology of Obesity and Nutrition Networking Biomedical Research Centre (CIBERobn) and the University of São Paulo.

Simulation of cooking conditions in a domestic kitchen

Extra virgin olive oil is the main source of fat of the Mediterranean diet and shows a unique composition of fatty acids with a higher content of antioxidants than other edible oils. Its benefits for the health are mainly linked to these compounds, named polyphenols. "The effects of cooking on these polyphenols of oil have always been studied in a laboratory or industrial situation, which is far from the reality of our homes", says Rosa M. Lamuela, director of the Institute in Research on Nutrition and Food Safety (INSA-UB).

For this study, however, researchers simulated the cooking conditions of a domestic kitchen. The aim was to see how the homemade sauté affects the polyphenols of extra virgin olive oil. Researchers studied the effects of time -during a short and a long period of time- and temperature -at 120ºC and 170ºC- in the degradation of the antioxidants.

Results show that during the cooking process, the content of polyphenols decreased by 40% to 120ºC and by 75% at 170ºC, compared to the levels of antioxidants in raw oil. Moreover, the cooking time had an effect on individual phenols, such as hydroxytyrosol, but not on the total content of the phenol. As a whole, the levels of antioxidants keep fulfilling the parameters stated as healthy by the European Union: "Despite the decrease in concentration of polyphenols during the cooking process, this oil has a polyphenol level that reaches the declaration of health in accordance to the European regulation, which means it has properties that protect oxidation of LDL cholesterol particles", notes Julián Lozano, first signer of the publication, which is also part of his doctoral thesis.

The Mediterranean diet, known for a high use of phytochemicals from vegetables, fruits and legumes, has been correlated to improvements in cardiovascular and metabolic health. This link is based on the results of the PREDIMED study, a multicenter clinical study conducted from 2003 to 2011 with more than 7,000 people, in which Rosa M. Lamuela took part as well.

However, the effects on health in the Mediterranean diet have been hard to reproduce in non-Mediterranean populations. According to the researchers, this fact could occur due to, probably, differences in cooking practices. In this context, the results are added to previous studies by the research group which analyzed the effects of extra virgin olive oil in the sauté -with positive results. Thus, this strengthens the idea of the Mediterranean gastronomy being beneficial for our health, not only for its food but also for the ways of cooking it.

According to the authors, the current objective is to analyze the effects of cooking with extra virgin olive oil with other food elements, such as legumes, meat, etc. "Moreover, we should conduct random research studies in humans, in which we would compare the potential benefits we obtain when cooking with quality extra virgin olive oil compared to other oils", concludes the researcher.

Caption: Researchers simulated the cooking conditions of a domestic kitchen. The aim was to see how the homemade sauté affects the polyphenols of extra virgin olive oil.

Caption: The study counts on the participation of a team of researchers from the Faculty of Pharmacy and Food Sciences of the University of Barcelona.