A Virginia Tech economics researcher says the popular social media website – and its open sharing of information – is a vital and often a significant tool against government corruption in countries where press freedom is curbed or banned. 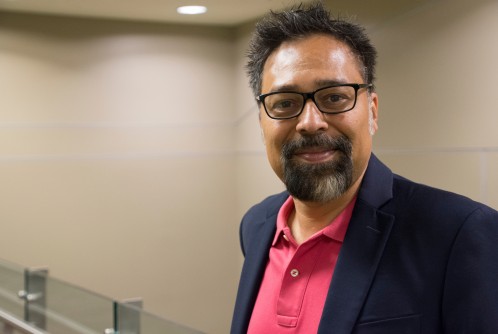 Newswise — A Virginia Tech College of Science economics researcher says the popular social media website Facebook - and its open sharing of information - is a vital and often a significant tool against government corruption in countries where press freedom is curbed or banned.

In new research recently published in the journal Information Economics and Policy, Sudipta Sarangi of the Virginia Tech Department of Economics said his cross-country analysis using data from more than 150 countries shows the more Facebook penetrates public usage, the higher the likelihood of government corruption meeting protest. In short, Sarangi said social media serves as peer of the press.

"This study underscores the importance of freedom on the internet that is under threat in many countries of the world," Sarangi said, adding that social media is negatively correlated with corruption regardless of the status of the freedom of the press. In other words, Facebook likewise helps reduce and/or lessen corruption in governments where press freedom is low.

"By showing that social media can negatively impact corruption, we provide yet another reason in favor of the freedom on the net," he said.

The study took into account a number of control variables including other economic, democratic, and cultural factors, said Sarangi. It also comes on the heels of a volatile American election in which Facebook and other social media platforms were seen as culprits in the spread of "fake news," especially tied to politics.

Sarangi began the study in 2012 while at Louisiana State University, with co-author Chandan Kumar Jha, now an assistant professor at Le Moyne College in Syracuse, New York. At the time, Sarangi said social media was being used to organize anti-corruption protests in his and Jha's home country of India. It also followed the 2011 rise of Arab Spring across the Middle East where large protests toppled governments.

"Our initial results were encouraging in that we found a significant, negative correlation between Facebook penetration and corruption across a small sample of countries," Sarangi said.

Sarangi and Jha's study is the first of its kind to establish a link between social media and corruption across more than 150 countries, showing the complimentary role of social media along with the press in open countries, and its greater impact in countries that are oppressive. The study features a falsification test which checked whether the results would be true for a pre-Facebook era in the same countries.

Findings showed that this was not the case. Also considered were government-sanctioned social media platforms.

Sarangi added that much of the anti-corruption content posted on Facebook is user-created and shared individually, its audience growing with each share or repost. In other words, Sarangi and Jha report that social media as an information and communication technology tool allows multi-way communication as opposed to traditional media such as TV and print media that allow for only one-way communication. The back and forth of communication is harder to control by government censors.

"Indeed, the role of social media and the internet in providing unbiased and independent news in several countries such as China, Russia, and Malaysia has widely been recognized by scholars," added Sarangi.

"Social media provides cheap and quick means of sharing information and reaching a larger audience to organize public protests against the corrupt activities of government officials and politicians. It is therefore not a surprise that despotic governments favor controlling social media."

Additionally, interaction in social media platforms typically is shared among friends and family, thus adding a personal connection and therefore more perceived credibility to shared information. Sarangi said individuals may feel compelled to act on such information to show solidarity with family or friends.

As of February 2017, Facebook was estimated to have 2 billion users worldwide, according to CNN. Among the countries studied by Sarangi and Jha: Denmark, the least corrupt, and Somalia, the most.

"As social media evolves to be an increasingly important part of our daily lives, it is important for continued research to help us understand how these tools are impacting our lives," said Brandi Watkins, an associate professor in the Department of Communication, part of the Virginia Tech College of Liberal Arts and Human Sciences. Watkins was not involved in this study, but researches the use of social media.

"Related to this study, it is important to look at how platforms like Facebook can be used to improve societal issues, especially in the area of corruption," added Watkins. "This study highlights the need for information, whether from traditional media or social media, in reducing corruption."

To secure an interview, email Jordan Fifer at [email protected] in the Media Relations office or call 540-231-6997.