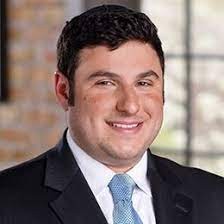 A newly-passed U.S. law—based on research and advocacy by economist Daniel Shoag—establishes a practice known as “banning the box” as federal policy for hundreds of thousands of public and private jobs.

Studies show that delaying criminal background-checks in the hiring process can boost the job prospects of a worker pool with particularly stubborn rate of unemployment: ex-convicts looking to re-enter the labor market.

Ban the Box policies—already adopted in 35 states and more than 150 cities—eliminate criminal-history questions on initial employment applications and have been shown to increase a candidate’s chances of landing a public-sector job by 30%.

In a study by Shoag, the policies increased employment by as much as 4%, largely on gains in the public sector, for residents of high-crime neighborhoods.

Known as the Fair Chance Act, the new law applies to federal agencies and contractors and was included in the National Defense Authorization Act signed by President Donald Trump late last month.

“This is a great example of how research can inform the legislative process,” said Shoag. “Our findings helped craft a policy that can help scores of people who otherwise may be unemployed or under-employed.”

When the legislation ran into opposition in the U.S. House of Representatives, Shoag became involved in an effort among academics to boost its backing among lawmakers.

In March 2019, spurred by testimony critical of the bill by other economists, Shoag co-authored a letter to the House Committee on Oversight and Reform—then holding hearings on the bill—that was entered into the Congressional Record and read aloud on the House floor.

The letter stated: “[Previous testimony] underplays key findings in the academic literature that support ‘Ban the Box’ policies, and mischaracterizes the significance of results from other studies. It is vital that returning citizens encounter as much of a level playing field in the labor market as possible.”

Under the new law, the federal government cannot request criminal history information until an applicant receives a conditional offer for employment—a prohibition that also applies to private contractors working on publicly-funded projects. (Exemptions include jobs related to national security, classified information and law enforcement and others.)

Going into effect December 2021, the law is expected to help more than 700,000 job-seekers each year, according to the National Employment Law Project.

“Now people will have the chance to interview and prove themselves,” said Shoag. “We know the ‘box’ kept would-be applicants from even trying, knowing they could be immediately disqualified. This will soon be a thing of the past.”