Fall Calls Bats to Hibernate, Scientists to Study Them 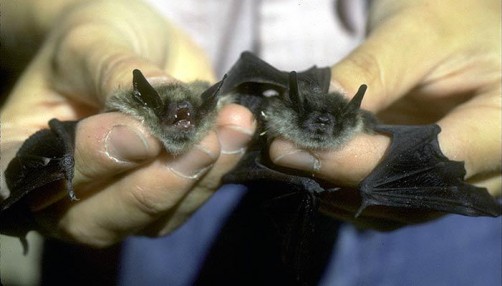 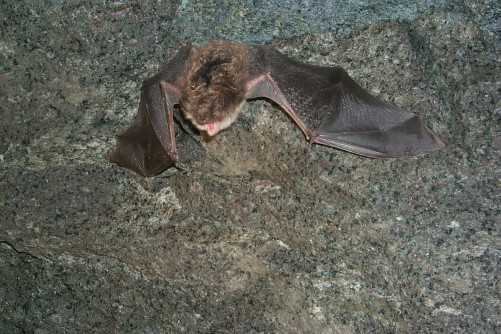 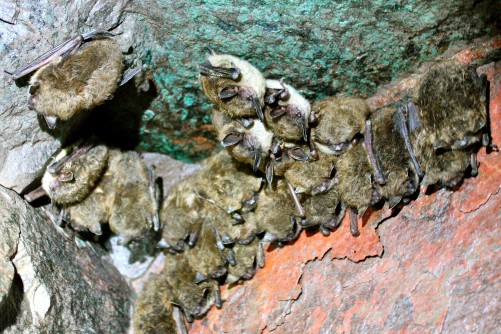 Bats hibernating in Caledonia Mine in the Upper Peninsula of Michigan.

Newswise — Despite the vampire stories you may have read, bats are our friends. The little winged mammals eat more than their body weight in insects every night, making them extremely valuable to farmers, forest managers and anyone who doesn’t like bugs. In fact, the dollar value of bats in pest control has been estimated at $508 million a year.

And in the fall, bats often migrate hundreds of miles to abandoned mines and caves where they hibernate through the winter months. Deep in the caverns, they cuddle up in tight, furry clusters, while scientists study them, trying to figure out the hows and whys of a bat plague called White Nose Syndrome and what, if anything, can be done to prevent or stop it.

White Nose Syndrome has killed nearly 7 million bats since it first appeared in the US in New York State. The deadly fungal disease has spread to 19 states as far west as Missouri, as far south as Alabama and north into Canada.

Although White Nose Syndrome has not yet been seen in Michigan, where nine species of bats are heading for their winter homes—mostly in 75 or 80 abandoned mines in the western Upper Peninsula. And there, a team of researchers led by Joseph Bump of Michigan Technological University and Alexis Sullivan, one of his graduate students, is using a novel chemical “fingerprinting” technique called stable hydrogen isotopes to determine where the hibernating bats originated.

Sullivan and Bump reported in the July 2012 issue of the journal Ecological Applications on their use of stable hydrogen isotopes to track the travels of the little brown bats that hibernate in three mines in the western UP. Sullivan, who is first author on the paper, is now working on dual Master of Science degrees in Forest Molecular Genetics and Biotechnology at Michigan Tech and the Swedish University of Agricultural Science. She will receive degrees from both universities as part of the ATLANTIS Program, a transatlantic educational project jointly funded by the US Department of Education and the European Union.

Sullivan, Bump and colleagues Rolf Peterson and Laura Kruger studied the little brown bats that winter in the Quincy Mine in Hancock, Mich., the Caledonia Mine near Ontonagon, Mich., and the Norway Mine in Norway, Mich. They collected bat hair and tested it to identify the hydrogen fingerprint of the water where the bat grew the hair. Ecologists have developed maps of the distinctive hydrogen fingerprints of water from different locations, so the chemical fingerprints from the bat hair can be matched to the flying mammals’ probable origins.

Up to now, stable hydrogen isotopes have been used mostly to track migratory birds. “Relatively little is known about bat-to-bat interactions or how far bats travel between seasonal habitats,” Sullivan explains. Earlier attempts to use hydrogen isotopes with bats stalled because most hibernating bats don’t make dramatic seasonal migrations, and they have unclear molt patterns, making it difficult to connect their hair to a given habitat, she adds.

In their latest study, Sullivan, Bump and colleagues were able to estimate with 95 percent certainty the summer origins of the tens of thousands of bats that hibernate in the Quincy Mine, the 23,000 bats in the Norway Mine and the estimated quarter of a million bats that call the Caledonia Mine their winter home. Using the hydrogen “fingerprints” from hair samples, they located the geographic areas from which the bats migrate—some as far as 565 kilometers (351 miles) from their hibernation mine.

And why should anyone care what happens to these reclusive winged creatures that weigh less than half an ounce and average 3.4 inches long?

“First, they are amazing mammals. Second, we should care about little brown bats because they eat millions of things for which we care much less, like mosquitos,” says Bump.

Michigan Tech's bat research was funded by the National Park Service Great Lakes Network, the Ecosystems Science Center and the School of Forest Resources and Environmental Science at Michigan Tech.