Families Who Argue During the Holidays May Be Less Biased 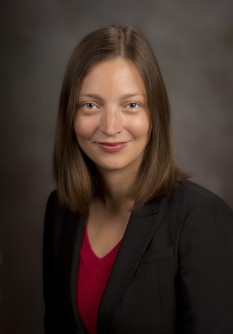 Don’t get stressed out if your family has arguments at the holiday dinner table.

“Families that cultivate a culture in which disagreements are voiced may help raise individuals who are less prone to rely on their personal biases when they make decisions,” said Virginia Tech’s Anne-Sophie Chaxel, an assistant professor at the Pamplin College of Business.

Arguments often stem from biases which reinforce racial, political and religious beliefs. Chaxel recently authored a study in Journal of Consumer Psychology which found a way to activate a mindset that leads people to become open to questioning existing beliefs, thus reducing their own bias.

These findings demonstrate potential for “holiday squabbles to have a functional utility in family circles because they cultivate a mindset that allows individuals to process new information without being tainted by prior preconceptions, in one word, let people be more open-minded,” said Chaxel.

Biases are a common phenomena because of a need for “cognitive consistency" or processing information in a way that confirms existing beliefs. Through this study Chaxel was able to disrupt the cognitive consistency thinking process by asking participants to write about why they agreed or disagreed with preset statements.

The research showed people who had written refuting statements were less likely to be influenced by their existing bias and the act of exposing oneself to beliefs that are different than their own helps counteract biased tendencies.

“We may avoid people who do not share our political views, merely because we think we are right; and we do not want others to try to convince us otherwise. So what would be the point to be confronted to an alternative viewpoint? Actually, mere exposure to disagreement is useful, not because it may change our political attitudes, this is only one part of the story, but because it changes the way we process information – it makes us more objective.”

To schedule an interview please email Bill Foy in the Media Relations office or call 540-231-8719.