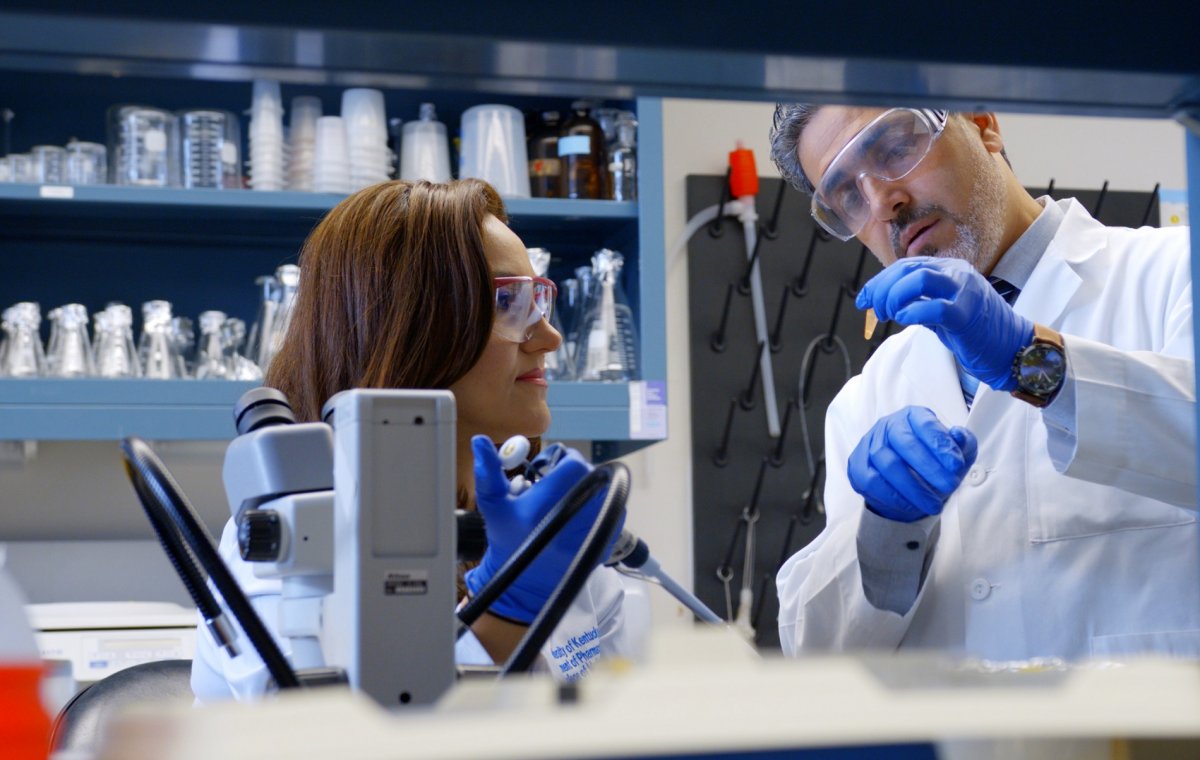 Heba Ali and Yasir Al-Siraj study the effects XX chromosomes have on the heart. 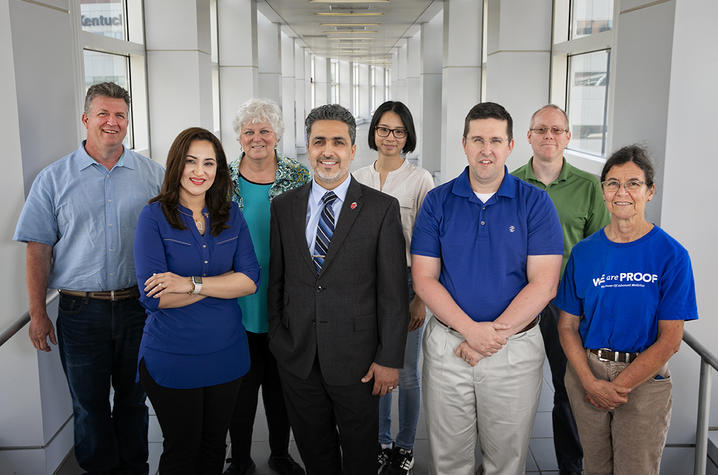 Newswise — LEXINGTON, Ky. (Sapt. 3, 2019) -- New research at the University of Kentucky has confirmed that the presence of XX sex chromosomes increases the amount of fat circulating in the blood, which leads to narrowing of the arteries and ultimately a higher risk of heart attacks and coronary artery disease.

The research was published in June 2019 in Nature Communications.

The leading cause of death in women is coronary artery disease (CAD), but women develop CAD almost 10 years later than men. For many years, scientists attributed this decade-long delay in disease development to the protective effects of sex hormones. There is a lot of evidence that hormones like estrogen and progesterone protect the heart, but scientists had little data on the influence of the genetic component—the X chromosome—on the heart.

A team led by Lisa Cassis, a researcher in the UK College of Medicine’s pharmacology and nutritional sciences department, set out to understand the role of sex chromosomes in the cardiovascular system. Cassis’s team studies chromosome effects in mice, and for this most recent discovery they were able to zero in on XX chromosomes by removing hormones.

According to Yasir Al-Siraj, a postdoctoral scholar and the paper's first author, if the levels of circulating lipids transported by the blood are too high, they will start to accumulate in and on the artery wall, leading to plaque buildup. These plaques harden and narrow the artery, reducing blood flow to the vital organs.

The team looked at lipids absorbed from the diet and made in the liver. Cassis, who also serves as the UK vice president for research, said, “We looked at how our X sex chromosomes were influencing the levels of lipids in the blood and in the arteries.” What they found is that an XX sex chromosome combination promotes efficient use of fat.

Women need fat to bear and feed babies, Cassis explained: “We're set up, potentially through our XX sex chromosomes, so that we can effectively absorb that lipid from the diet and put it into our fat cells and maybe even make it in the liver.”

Everything is fine until women hit menopause and the protective effects of hormones disappear, leaving  women with what Cassis calls “that XX thrifty, fat-absorbing kind of genotype.”

The team is looking at genes that are changed in the liver and in the intestine to find novel targets for drug development. If they can find target genes that influence atherosclerosis, scientists can then explore the effects of existing drugs or develop new ones.

These findings may also drive choice of diet for post-menopausal women. Cassis said, “For example, if they're very effective fat absorbers, obviously, once they get post-menopausal, they need to be careful about the fat content.”

Caption: Heba Ali and Yasir Al-Siraj study the effects XX chromosomes have on the heart.