Fats vs. Carbs: Debate Continues on the Sources of America’s Dietary Ills 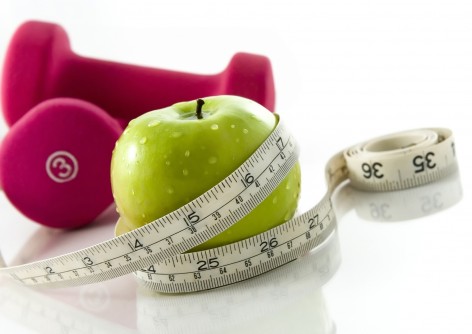 According to experts, fruits and vegetables are in a class all by themselves. . This is because they are truly unrefined and contain fiber along with a high moisture content in their raw or lightly cooked state, and contain many readily available and usable nutrient

Newswise — A growing number of top nutritional scientists are pointing to excessive carbohydrates, rather than fat, as the source of America’s dietary woes. As reported in the Los Angeles Times on December 20, some researchers are saying that cutting carbohydrates is the key to reversing obesity, heart disease, Type 2 diabetes and hypertension.

Dietary fat has traditionally played the role of “public enemy No. 1,” and consumption of carbohydrates has increased over the years with the help of a 30-year-old, government-mandated message to cut fat. Today Americans, on average, eat 250 to 300 grams of carbs a day, accounting for about 55% of their caloric intake; the most conservative recommendations say they should eat half that amount.

At the same time, some others are urging the public not to paint all carbohydrates with the same negative brush. “You just cannot lump all carbs into a single category,” says Tom Griesel, coauthor (with his sister Dian) of the forthcoming book TurboCharged, which outlines a fresh approach to reducing body fat as the key to weight loss. “Fruits and vegetables are in a class all by themselves,” says Mr. Griesel. “This is because they are truly unrefined and contain fiber along with a high moisture content in their raw or lightly cooked state, and contain many readily available and usable nutrients. Because of this, they do not have the same insulin effect of any other refined or “complex” carb. Eliminating them or reducing them from the diet will always be a big mistake, because most people will then resort to eating other inferior types of carbs.” “Other types of carbs are the problem,” says Dian Griesel, “and they are what should be eliminated or severely restricted in one’s diet. Other than calories, they contain almost no nutritional value. This is why they are almost always fortified. This group includes all sugar, particularly high fructose corn syrup; refined foods and drinks; including anything packaged; as well as all grain products, refined or unrefined. All these are concentrated carbohydrates—the most densely caloric of any “foods”—and even small quantities will cause blood sugar levels to rise to problematic levels and subsequently result in unhealthy insulin spikes. People do not realize that consuming even a small amount will have this effect.” Both Dian and Tom note that our bodies cannot store much glycogen, and so this excess sugar is almost all stored as body fat. This happens even if we have way too much body fat already. The presence of insulin makes fat burning, using fat for energy, impossible. So even small amounts of these “other carbs” at the very least keep people fat, and most likely fatter. Reducing the amount consumed is not the answer; eliminating them is. “So we do not have a carbohydrate problem; we have a wrong kind of carbohydrate problem,” Tom says. “This is a critical point to understand.” A separate problem, observes Dian, concerns the substitution of proteins and fats for the restricted or eliminated carbohydrates. Although not as obvious, she says, too much protein is just as bad as not enough. “You only need enough to take care of repair and maintenance of existing lean body mass (LBM) and possibly building new LBM,” she says. “Excess protein in the diet will sometimes be used for fuel—a very inefficient process—or end up being stored as body fat. Processing excess protein puts unnecessary stress on the body. There is an optimal amount of protein that is based on an individual’s current LBM and activity levels which is generally about 10% of daily calories.” The Griesels go on to say that fat is our body’s preferred energy source, drawn either from our diet or available existing body fat. However, choosing the correct dietary fat is of utmost importance. Most refined fats, vegetable oils, are problematic in anything other than small quantities. Trans-fats, they say, are very bad and should be avoided entirely, because they cause major metabolic problems and may remain in the body for more than two years. Trans-fats are in almost all processed foods, including vegetable oils. “The only healthy fats are the ones that come naturally in animal products like organic, wild or grass-fed meats; fish and eggs; and even dairy, along with nuts, olives, avocados,” says Tom. “There are no natural oils; they are all refined.”

Clearly, when assessing the relative effects of fats vs. carbohydrates, it pays to carefully study what dieticians know about their effects on the body—and choose our foods accordingly.