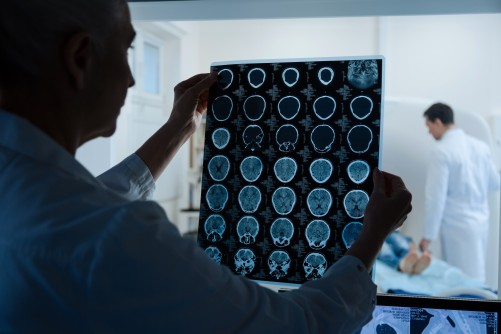 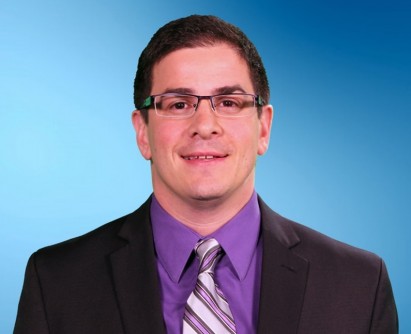 FAU’s neurology residency program is directed by Daniel Kantor, M.D., a leading neurologist and a fellow of the American Academy of Neurology and the American Neurological Association, president emeritus of the Florida Society of Neurology, and chair of the Subcommittee on Concussion, Sports Medicine Advisory Committee of the Florida High School Athletics Association. He is a renowned expert on multiple sclerosis, concussions and migraines.

FAU’s four-year, categorical neurology residency program is based at BRRH, the primary site for the program, and DMC. The program has been approved for three positions each year for a total of 12 positions. The inaugural class will be selected in March through the National Resident Matching Program (NRMP®) and will start on July 1.

“The prevalence and burden of neurological disorders such as Alzheimer’s disease, stroke, multiple sclerosis, Parkinson’s disease and epilepsy have significantly increased over the past 25 years and are among the leading causes of disability and death worldwide,” said Phillip Boiselle, M.D., dean of FAU’s Charles E. Schmidt College of Medicine. “We are pleased to once again join forces with our exceptional hospital partners in our Graduate Medical Education Consortium as well as outstanding neurologists in this area to bring this latest program to Palm Beach County. Together, we will train the next generation of neurologists and neuroscientists who will help to improve quality of life, enhance the delivery of health care, and contribute to lifesaving research in the neurosciences.”

FAU’s neurology residency program is directed by Daniel Kantor, M.D., a leading neurologist and a fellow of the American Academy of Neurology and the American Neurological Association, president emeritus of the Florida Society of Neurology, and chair of the Subcommittee on Concussion, Sports Medicine Advisory Committee of the Florida High School Athletics Association. Kantor is a renowned expert on multiple sclerosis, concussions and migraines.

The program will include formal teaching in daily didactic sessions, grand rounds, professor rounds, clinical and basic neuroscience lectures as well as a number of subspecialties conferences. Neurology residents will have the opportunity to individualize their training by selecting a wide range of electives, which include electromyography (EMG)/neuromuscular, epilepsy, headache, memory disorders, neuroimmunology/multiple sclerosis, among others. Neurology residents also will have the opportunity to be involved in basic neuroscience research at the FAU Brain Institute and the BRRH Marcus Neuroscience Institute and to work with clinicians on cutting-edge programs at the FAU Comprehensive Center for Brain Health.

“We are very excited to serve as the primary site for Florida Atlantic University’s neurology residency program,” said Jerry Fedele, president and CEO of BRRH. “The highly trained clinicians in our state-of-the-art Marcus Neuroscience Institute provide expertise in all facets of the neurosciences including stroke, movement disorders, Alzheimer’s disease and other memory disorders, neuro-oncology, multiple sclerosis, epilepsy, and spinal conditions. Boca Raton Regional Hospital will provide an ideal environment as well as vital resources for FAU’s neurology residents.”

The Association of American Medical College’s (AAMC) latest data shows that the United States continues to face a projected physician shortage over the next decade, creating a real risk to patient care. The latest projections continue to align with previous estimates, showing a projected shortage between 40,800 and 104,900 physicians. Furthermore, by 2030, the U.S. population of Americans aged 65 and older will grow by 55 percent. As patients get older, they require two to three times as many services, mostly in specialty care such as neurology, where the projections for shortages are especially severe. A study commissioned by the American Neurological Association found that the most common neurological diseases cost the U.S. $789 billion in 2014, and this figure is projected to grow as the U.S. population ages.

“Our innovative program will offer neurology residents with the very best that Florida Atlantic University and our partner hospitals have to offer in education, patient care, research, and community outreach,” said Kantor. “I am excited to lead this program, which will emphasize wellness by creating a work environment that will allow residents to explore their interests and utilize the numerous resources designed specifically for them and provided by FAU and our Graduate Medical Education Consortium.”

FAU’s GME programs are spearheaded by Lee Learman, M.D., Ph.D., senior associate dean for graduate medical education and academic affairs. He also serves as the designated institutional official responsible for all residency and fellowship programs sponsored by FAU’s College of Medicine as well as the recruitment of founding program directors for planned GME programs.

“The addition of our latest residency program in neurology as well as our other graduate medical education programs will help to address the disconcerting projected shortages of physicians in primary care and specialties such as surgery, emergency medicine and psychiatry,” said Learman.

FAU’s Charles E. Schmidt College of Medicine is one of approximately 150 accredited medical schools in the U.S. The college was launched in 2010, when the Florida Board of Governors made a landmark decision authorizing FAU to award the M.D. degree. After receiving approval from the Florida legislature and the governor, it became the 134th allopathic medical school in North America. With more than 70 full and part-time faculty and more than 1,300 affiliate faculty, the college matriculates 64 medical students each year and has been nationally recognized for its innovative curriculum. To further FAU’s commitment to increase much needed medical residency positions in Palm Beach County and to ensure that the region will continue to have an adequate and well-trained physician workforce, the FAU Charles E. Schmidt College of Medicine Consortium for Graduate Medical Education (GME) was formed in fall 2011 with five leading hospitals in Palm Beach County. In June 2014, FAU’s College of Medicine welcomed its inaugural class of 36 residents in its first University-sponsored residency in internal medicine and graduated its first class of internal medicine residents in 2017. 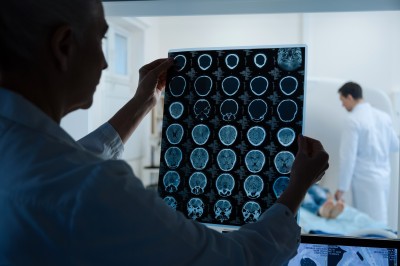 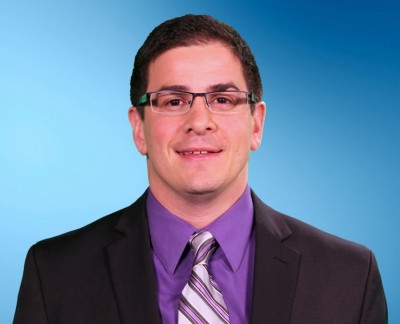 Caption: FAU’s neurology residency program is directed by Daniel Kantor, M.D., a leading neurologist and a fellow of the American Academy of Neurology and the American Neurological Association, president emeritus of the Florida Society of Neurology, and chair of the Subcommittee on Concussion, Sports Medicine Advisory Committee of the Florida High School Athletics Association. He is a renowned expert on multiple sclerosis, concussions and migraines.